One of the nation’s top offensive line prospects, and one of the top prospects in the 2023 class regardless of position, is five-star Kadyn Proctor from Southeast Polk High School in Pleasant Hill, Iowa.

Proctor is drawing interest from Clemson and the interest is certainly mutual, with the 6-foot-7, 300-pound tackle hoping to score an offer from the Tigers when they begin dispensing offers to rising juniors this summer.

“It’d feel good for me to get that one,” Proctor told The Clemson Insider, “because the students there, campus life, the coaches, the environment down there – it’s tremendous.”

Proctor understands that Clemson takes the recruiting process more slowly than most schools, so he is staying patient as he waits for the Tigers to potentially pull the trigger on an offer.

“It’s going to be a long process, just be patient for it,” he said of the message that has been conveyed to him by Clemson. “But then hopefully in the future I get an offer from them.” 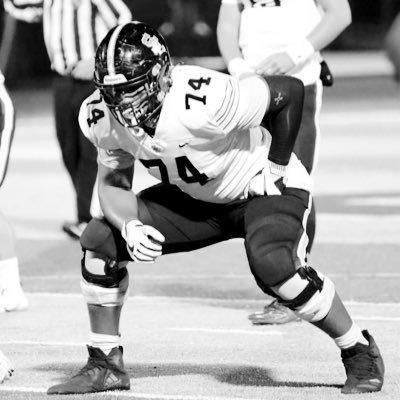 Right now, Proctor feels his suitors are showing an equal amount of love early in his recruitment.

Proctor is teammates at Southeast Polk High School with another high-profile prospect on Clemson’s recruiting radar, four-star safety Xavier Nwankpa, who received an offer from the Tigers last November.

The two highly sought-after recruits don’t discuss the recruiting process much, but Clemson has come up in their conversations before.

When Proctor signs on the dotted line with his school of choice down the road, what will that program  be getting in him as a player and person?

Proctor is the top-ranked prospect from the state of Iowa, No. 2 offensive tackle nationally and No. 10 overall prospect in the country for the 2023 class according to the 247Sports Composite rankings. He is committed to play in the 2023 All-American Bowl in San Antonio.