One of three quarterbacks slated to enroll at Clemson in June, along with class of 2021 signees Bubba Chandler and Will Taylor, is Billy Wiles – a 6-foot-3, 200-pound preferred walk-on from Stone Bridge High School in Ashburn, Virginia.

The Clemson Insider recently caught up with Wiles as he gets ready to arrive on campus this summer and join the Tigers’ backup quarterback competition in fall camp. With Taisun Phommachanh suffering a torn Achilles’ tendon in the Orange & White Game last Saturday, Clemson has only one healthy quarterback on its current roster behind D.J. Uiagalelei in walk-on Hunter Helms.

Head coach Dabo Swinney said following the spring game that losing Phommachanh due to injury puts a little more pressure on the trio of incoming signal-callers, and Wiles agreed.

“Taisun’s injury is definitely going to put pressure on somebody to step up,” he said. “I’m excited to get to Clemson and compete.” 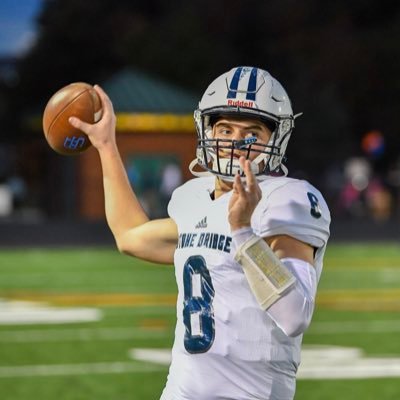 High school football in the state of Virginia was postponed until this spring because of COVID-19, so Wiles is currently playing his senior season at Stone Bridge. Through five games, he has passed for more than 1,000 yards and nine touchdowns after throwing for 2,481 yards and 22 touchdowns as a junior in 2019 while leading his team to a 12-2 record and appearance in the Class 5 state title game.

How is Wiles approaching things as he prepares to take part in Clemson’s quarterback competition this fall?

“I’m just going to put my head down and work,” he said of his mindset. “Control what I can control.”

Wiles traveled to Clemson to attend the spring game and hung out with Chandler and Taylor while in town.

The three QBs have already begun to build a good relationship even though they have yet to step on the field together as Tigers.

“Will and Bubba are great guys and obviously very talented quarterbacks,” Wiles said. “It’s going to be fun to get to work with them.”

Wiles turned down a bunch of Division I scholarship offers for the opportunity to walk on at Clemson, and he is excited to begin his journey as a Tiger in a couple of months.

“I can’t wait to get started at Clemson this summer,” he said. “It’s so much closer than it seems, and it’s a dream come true. Clemson fans can expect me to be a great teammate, a great competitor, and a guy who will do whatever it takes to help the team.”