Offer would put Tigers in Top 2 for 5-star

Offer would put Tigers in Top 2 for 5-star

In the 2020 recruiting cycle, Clemson dipped into Lakeland, Fla., to land five-star running back Demarkcus Bowman, who ended up transferring to Florida in January after enrolling at Clemson last summer.

Another five-star from Lakeland on the Tigers’ recruiting radar is Cormani McClain, a class of 2023 prospect from Lake Gibson High School.

McClain, the country’s top-ranked cornerback in his class per 247Sports, feels three programs among the nearly two dozen that have offered him are pursuing him the hardest early in the process.

“Florida State, Miami and Alabama,” he told The Clemson Insider.

Clemson typically doesn’t begin dishing out offers to recruits until the summer before their junior year, though if the Tigers pull the trigger on an offer to McClain in the future, he would be thrilled.

“It would mean a lot. A lot,” said McClain, who is finishing up his sophomore year. “It’s a big Power Five school. I think it would better my confidence and recruitment, and to have one of the best schools offer you, it’d feel exciting.” 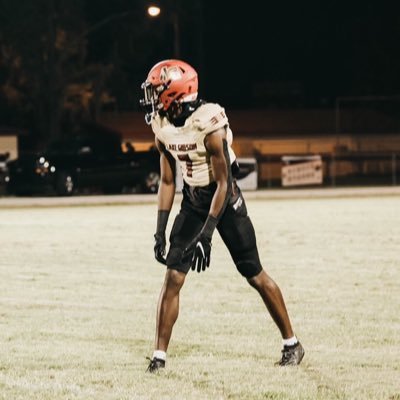 McClain doesn’t know much about Clemson other than what he has learned from watching them on TV but likes what he has seen from the Tigers on the field.

Asked if he is interested in visiting Clemson after the NCAA dead period, which is expected to end June 1, McClain quickly answered, “Yes sir.”

Looking ahead, McClain has a timeframe in mind for when he wants to make his commitment decision.

“Probably in the middle of the season, junior season,” he said.

Where would the Tigers stand in McClain’s recruitment if they enter the mix with an offer before then?

McClain is rated as a five-star prospect by the 247Sports Composite, while 247Sports considers him the No. 1 cornerback and No. 7 overall prospect in the 2023 class.