Two of the top prospects in the state of Nevada – and in the country for their respective classes – belong to the same family in brothers Zion and Zachariah Branch from Las Vegas’s Bishop Gorman High School.

Zion is a four-star safety in the class of 2022 with an offer from Clemson who included the Tigers in his top schools list in January.

Zachariah, meanwhile, is a four-star wide receiver in the class of 2023 with over a dozen offers to his name from schools such as Alabama, Auburn, Georgia, LSU, Oklahoma, Texas, Penn State, Oregon and Southern Cal.

College coaches aren’t allowed to actively reach out to 2023 recruits at this time, but Zachariah is on Clemson’s radar and being followed by some of the Tigers’ staff on social media.

“It’s nice knowing big schools like that are interested in me this early in the process,” he said of his lengthy offer list, “and I haven’t heard from Clemson yet other than some of the recruiters and coaches following me on Twitter. But I am definitely looking forward to talking with them in the near future!”

Zachariah plans to accompany Zion on his upcoming official visits to Ohio State, Oregon and Southern Cal, while Zachariah also wants to check out schools like LSU, Oklahoma and Washington when he can.

Clemson is another school that Zachariah and Zion intend to visit together at some point following the conclusion of the NCAA dead period, which will end May 31.

“That is definitely the plan!” Zachariah said of visiting Clemson.

For Zachariah personally, there are certain things he hopes to learn about Clemson when he is able to step foot on campus.

“Just getting to know what Clemson is all about,” he said. “Learning about the tradition and what the culture is like at Clemson from the athletic side of things to the academic side as well.”

Zachariah doesn’t claim any favorites this early in his recruiting process, though Clemson would certainly be an appealing college choice for him if it pulls the trigger on an offer in the future.

“My options are 100-percent wide open,” he said. “I am interested in all schools right now and want to weigh out all my options before making that final decision. Also, getting an offer with Clemson would be great. They are definitely a school I would be willing to attend college at for sure!” 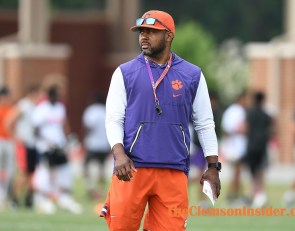 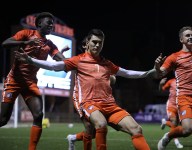