Rolesville (N.C.) High School wide receiver Noah Rogers has seen his recruitment take off this spring while shining on the football field during his sophomore season.

“Getting recruited as a sophomore is great,” Rogers said of the recruiting process. “Just looking forward to keeping it going and have a great experience.” 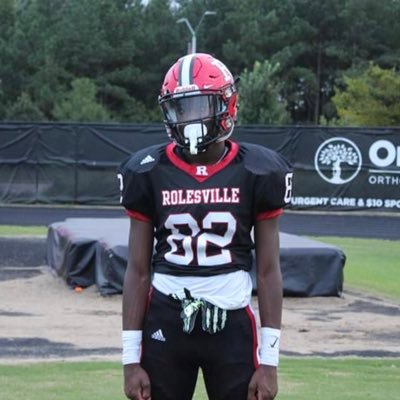 Besides those that have already offered, Rogers (6-3, 185) is drawing interest from schools such as Ohio State, Vanderbilt and Coastal Carolina, along with Clemson.

Rogers has heard from Tigers receivers coach Tyler Grisham, who sees similarities between Rogers and a former “Wide Receiver U” star now playing in the NFL with the Cincinnati Bengals.

“He says he likes my film, and he wants to build a relationship,” Rogers said of Grisham, “and that I remind him of Tee Higgins that was a receiver there a couple years ago and that he’s going to be recruiting me.”

The interest from Grisham and Clemson means a lot to Rogers.

“We all know that great players have come out of Clemson,” he said, “and it means that you’re a guy that’s going to be competing with a high level of athletes coming out and you’re a guy that is potentially good enough to be on a national championship team.”

Rogers plans to showcase his talents for Clemson’s staff in person at the Dabo Swinney Camp this summer.

Whichever program he ends up playing for in the future, Rogers believes he can bring a lot to the table as a wideout.

“They’re going to be getting an athletic guy that’s long, fast and most importantly that’s a playmaker,”
he said. “A guy who can contribute a lot to the team and can do a lot for the offense.”

Rogers has helped lead Rolesville to a 9-0 record and appearance in the North Carolina 4AA state championship this Saturday, having recorded 26 receptions for 591 yards and nine touchdowns.