A versatile four-star defender from the Peach State is highly interested in Clemson and hopes to catch the Tigers’ attention this summer.

Troy Ford, a defensive end/outside linebacker from Calvary Day School (Savannah, Ga.), is looking to compete at the Dabo Swinney Camp in June and showcase what he can bring to the table with his well-rounded skillset.

“How versatile I am on the field, that I can play multiple positions if I’m needed to,” he said. 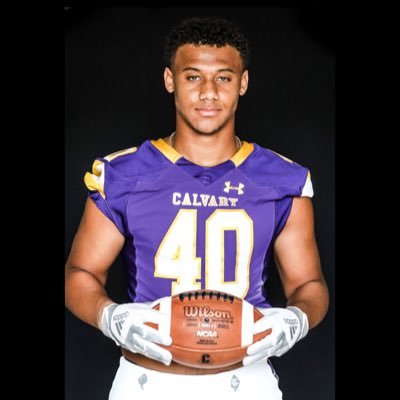 A 6-foot-2, 233-pound rising junior in the class of 2023, Ford holds offers from Notre Dame, Georgia Tech and Virginia Tech, and has his sights on earning an offer from the Tigers.

“It would mean a whole lot,” he said. “It’s a very great school and I know that it’s a really good campus and athletic and academic wise.”

Ford does a little bit of everything for Calvary Day, playing both ways at multiple positions including defensive end, linebacker, tight end and running back. He projects to end up on the defensive side of the ball in college at defensive end or linebacker.

“I can play on the line if I’m needed to,” he said, describing himself as a player. “I can walk down, and I can also play linebacker into coverage. So, I can expand my skills and all that.”

Many more offers figure to be on the way for Ford moving forward, so he is taking the process slowly and waiting to see what other college opportunities come his way before he advances toward a commitment.

“It’s pretty wide open right now,” he said of his recruitment. “I’m going to decide next year, for sure. So, I’m just waiting to see.”

Ford posted 69 tackles, including double-digit sacks, as a sophomore last season. He is rated as a four-star prospect by 247Sports, which considers him the No. 210 overall prospect in the 2023 class.