One of nation’s top OL eager to see Clemson

One of nation’s top OL eager to see Clemson

One of the top offensive linemen in the nation is getting ready for a Southern swing of visits next month to check out some of the schools he feels have been showing the most interest early in his recruiting process.

Findlay (Ohio) four-star tackle Luke Montgomery told The Clemson Insider that after the NCAA dead period is lifted on June 1, he plans to hit the road for trips to Tennessee (June 11), Georgia (June 12), Auburn (June 13), Alabama (June 14) and last but not least, Clemson on June 15.

“The recruiting process, it’s getting exciting obviously because June 1 is coming up,” Montgomery said. “So, I can’t wait to get out and see all these schools. I’ve seen a couple of them, but I haven’t been down South at all really, so I’ve never really seen an SEC school or ACC school. So, I’m really looking forward to that.”

Montgomery is excited for his visit to Clemson and the chance to see Dabo Swinney’s program in person.

Although the two haven’t met yet, the Tigers’ head coach has already made a strong impression on the country’s No. 5 offensive tackle in the class of 2023 according to 247Sports and the 247Sports Composite rankings.

“I’m looking forward to it a lot,” Montgomery said of the forthcoming visit. “I love Clemson, I love Coach Swinney. He’s a great Christian coach. He has a great personality. Obviously I’ve never met him before, but I just can’t wait to be able to come down there and be able to see all that. So, it’s pretty exciting.” 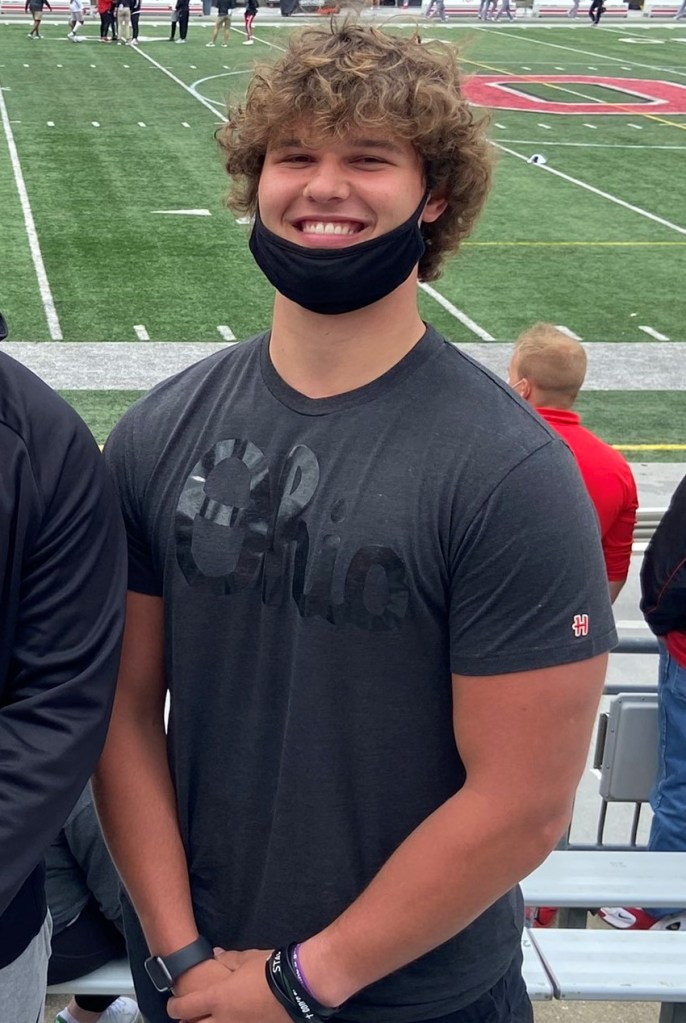 While Montgomery (6-5, 260) hasn’t been in direct contact with Swinney or Clemson’s staff, offensive line coach Robbie Caldwell has expressed plenty of interest.

“Coach Caldwell has called my coach a couple times,” Montgomery said. “Just because of the 2022s (class of 2022 prospects), I haven’t really gotten to talk to him yet. But he’s talked to my coach multiple times and he really wants me to come down to come see (Clemson). So, I can’t wait for that.

Clemson hasn’t started offering 2023 recruits to date, but Montgomery said it would “mean a lot” to him if the Tigers pull the trigger on an offer moving forward.

“I’ve grown up watching them since I’ve really known football,” he said. “And obviously since the Deshaun Watson era, it’s always been exciting to watch them, and I’ve seen all the Clemson Vlogs of them they do every week. It just makes me eager to be able to come down there and be able to see all that in my real sight.”

Montgomery hopes to have a good idea of the schools he wants to narrow his recruitment down to following his visits next month, but he doesn’t plan to make his decision until after his upcoming junior season at the earliest, or before his senior year at the latest.

June will be an important month for Montgomery as he gets out to different schools and evaluates various suitors.

“All the schools so far that I’ve decided to visit in June are most of the schools that have the most interest in me,” he said. “Obviously, I love all of them. It’s going to be hard to make a decision off that. But that’s where we’re going in June is mostly the schools that have been really consistent with talking to me, and I’m really appreciative of that. So, hopefully in June I see the culture, academic side of everything and just how they run things. So, I can’t wait.”