A standout in-state quarterback with orange blood in his veins is planning to camp at a slew of schools this summer, including Clemson, and can’t wait to showcase his skills for the Tigers’ coaching staff.

“I’m excited!” he said. “I really feel as if I’m at a point in my career where I can prove to any coach I come across that I deserve the opportunity to play college ball. I’m more confident now than I’ve ever been, and I know that physically and mentally I can back it up.”

Through his first two seasons of high school ball, Sheppard has completed 73 percent of his passes for a total of 3,219 yards and 32 touchdowns against just nine interceptions while rushing for 208 yards and two more scores on 18 carries. 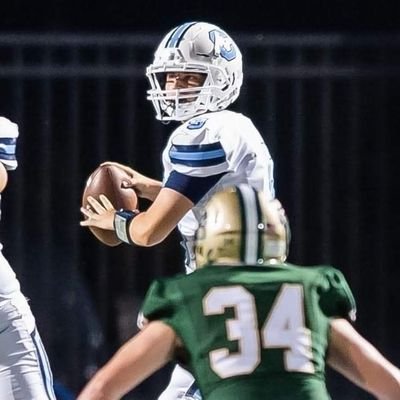 Sheppard (6-2, 205) is on Clemson’s recruiting radar, while he is also garnering attention from schools such as Notre Dame, Michigan, Virginia Tech, Louisville, Kentucky, Vanderbilt and Iowa State.

While Sheppard is open to interest from all schools as he goes through the recruiting process, an offer from Clemson would be a dream come true for the Palmetto State gunslinger who grew up pulling for the Tigers.

“I was raised a Tiger and have always been a Tiger fan,” he said. “But in today’s recruiting game, you kind of have to go wherever fits you the most. Even if I don’t ever get an offer from Clemson, they’ll always be in my top 10. I know I could earn a spot on the team, even if I had to walk on.”

June 3 will mark Sheppard’s second time at the Swinney Camp as he also participated a couple of years ago as a rising freshman.

“I loved everything about it,” Sheppard said of his prior experience at the camp. “The players were awesome, and the coaches were some of the best people you’ll ever meet. I became short-term friends with Mitch Hyatt while at the camp and I could just tell from that point on that Clemson was a place where they would always demand excellence, and I’ve always wanted to be a part of that.”

But he probably won’t have more fun at any of those camps than he will at Clemson, which has a special place in his heart.

“An orange Clemson Tiger paw is engraved on my grandmother’s grave,” Sheppard said. “My family loves Clemson. I’ve watched almost every game since I was 8. My whole family is really big fans. I’ve always been a big fan of Tajh Boyd and he really got me into Clemson, and I think the school does a great job of honoring him and I believe he set the path for everything that Clemson is today.

“It would be great for my family and just overall a great opportunity to be able to get my education from such a great school and to play for some of the best coaches in the country.”