Clemson could get a few big-time quarterback prospects from the Golden State on campus this summer, including Pittsburg (Calif.) High School four-star Jaden Rashada.

Rashada, one of the nation’s top prospects in the 2023 class, told The Clemson Insider he had yet to schedule any visits for after the NCAA dead period is lifted June 1 but was in the process of setting up a trip to Tigertown.

“I’ll try to get down to Clemson, for sure,” he said. “I know me and my dad are working on that.” 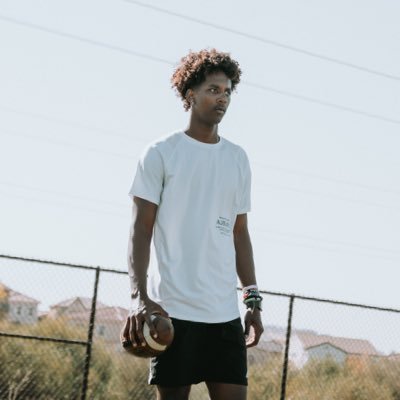 Rashada, a 6-foot-4, 185-pound rising junior, loves what Dabo Swinney’s program is about and looks forward to spending time with Swinney as well as quarterbacks coach Brandon Streeter in person.

“I know they’re super high on their faith in God up there and they’re huge on being good men,” Rashada said. “They’re just super selective, and I want to see what the down South culture is down there and what that’s about, and I just want to meet Coach Streeter and Coach Swinney because you can only talk so much over the phone and feel somebody out.”

Rashada has already built a good rapport with Streeter and has plenty of respect for him and Swinney.

“I love Coach Swinney because he keeps his faith in God,” Rashada said. “He’s religious and he’s a big Christian. What I like about Coach Streeter and how he stands with me is he really just wants to see how I am in person and get me down there so he can start recruiting me. That’s a big checklist off their board, he says, and what he wants me to do is try my best to get down there. And he’s just a super good guy. We keep building this relationship and we’re getting closer and closer.”

The son of former standout Arizona State safety Harlan Rashada says his recruitment his “beyond open” right now and he doesn’t have any favorites early in the process.

“Nobody yet to stand out,” he said. “Waiting to take all my visits and stuff and just really get a feel for everybody.”

If Clemson joins the race for Jaden with an offer, it figures to have a significant impact on his recruitment.

“That would mean a lot because I grew up watching Clemson, Deshaun Watson, doing what he does as my favorite quarterback right now,” he said. “Really just studying them these last couple years, they’ve done an amazing job with their program, and just the people that come out of there are always great people. It would mean a lot definitely because that’s a big-time school right there with a big-time program with big history.”

Rashada is ranked as a top-50 national prospect (No. 48 overall) in the 2023 class by 247Sports, checking in as the No. 5 quarterback and No. 5 prospect regardless of position in the state of California.