One of the top edge rushers that competed at the Dabo Swinney Camp last week was four-star defensive end J’mond Tapp from Ascension Catholic School in Donaldsonville, Louisiana.

The 6-foot-3, 240-pound rising senior worked out at both camp sessions Thursday, and his performance validated what the staff, including defensive ends coach Lemanski Hall, liked about him on film coming in.

“This is his exact words,” Tapp said of Hall in an interview with TCI. “He was like, ‘We wanted to see you like we saw on tape,’ and he was like, it’s the exact same that they saw on tape – even better.” 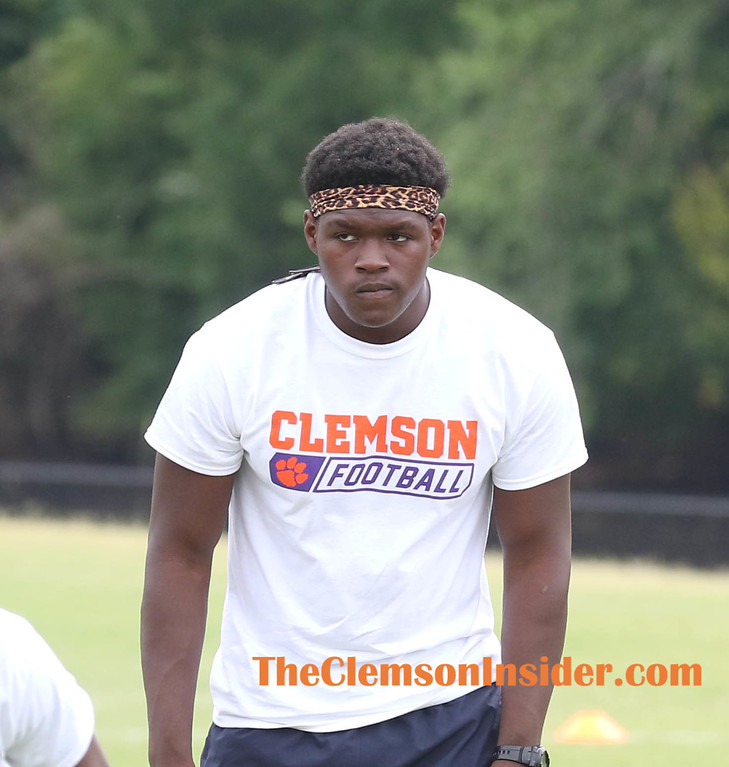 “Coach Bates really loved what he saw,” Tapp said. “He said he was well impressed. He loved seeing me, he loved watching me work. Same with Coach Ski.”

As Tapp impressed Clemson’s coaches even more in person, he likewise came away more impressed by the coaches following their face-to-face interactions.

“They’re really how I thought they were,” he said. “They’re even better in person. Really all the coaches.”

The camp visit marked Tapp’s first time at Clemson, and he really enjoyed his experience on campus.

“It was wonderful,” he said. “The environment, the people. It just sat right.”

Tapp visited LSU on June 2 and is slated to be at Texas later this month.

Baton Rouge is located less than an hour away from Tapp’s hometown of Donaldsonville, and the SEC’s Tigers are viewed as the favorite to ultimately land him.

But after his great visit to Clemson, the ACC’s Tigers could have a say in his recruitment if they pull the trigger on an offer.

“An offer is on the way,” said Tapp, who doesn’t plan to make his college decision until January.

Tapp is ranked as high as the No. 9 defensive end and No. 93 overall prospect in the 2022 class by Rivals.