The NCAA Transfer Portal created total chaos in college athletics this season with hundreds of players leaving their schools for supposedly greener pastures.

The one-year transfer rule implemented by the NCAA in response to the pandemic only exacerbated this problem.

Perhaps no sport feels the pains of the portal more than college basketball right now as 1,573 student-athletes were listed in the portal last week in men’s basketball alone.

College basketball’s second oldest active coach, former Clemson head coach and current Coastal Carolina head coach Cliff Ellis does not like the rule but knows in today’s culture you adapt or get left in the dust.

“You don’t have a choice, ya know? The transfer portal is the biggest thing right now and there’s no doubt about it,” Ellis said on Monday.

“Do I like the rule? I’m not in favor of it but you have to adapt and live with it,” he continued.

Ellis first became a head coach at Cumberland College in 1972, later he coached Clemson and Auburn to conference championships and is currently in his 48th season as a head basketball coach.

Over the course of his storied career Ellis witnessed a lot of changes to the sport from the addition of the three-point line to the shot clock and more.

But in his assessment no change has fundamentally altered college basketball like the transfer portal.

Ellis thinks the change makes the sport worse not better because it takes away one of the key foundations of amateur athletics.

“What I think it takes away is perhaps the discipline if somebody can lace there shoes up and then say I’m out of here don’t even have to tell the coach you just walk into compliance and put your name on the board, in basketball there have to be close to 1,000 names on the board,” Ellis said.

Last month Ellis lost his best player from Coastal Carolina to the portal when DeVante’ Jones transferred to Michigan. Jones won Sun Belt player of the year last season as he averaged 19.3 points, 7.2 rebounds, 2.9 assists and 2.8 steals per game.

Ellis is longtime friends with Kevin O’Connor former general manager of the Utah Jazz who now serves as a senior advisor to the NBA franchise. At a dinner with O’Connor a few weeks ago Ellis realized he feels like more of a GM than a coach these days.

“Now I’m just a general manager, I lost the best player I had who was the player of the year in our league to Michigan,” Ellis said. “Now I’m checking the board and I’m in free agency and I lose some guys and get some guys.”

At 75, Ellis shows no signs of slowing down at the moment but knows he has to adapt to changes in basketball once again like he has countless times before.

“I’m not in favor of it and think there need to be some changes but you have to live with it and it’s not the first time the game has changed, and I’ve had to adapt many, many, many, many times over the years,” Ellis said. 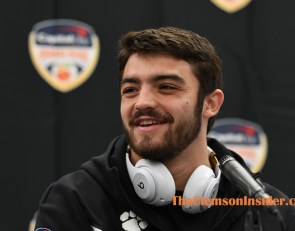