Clemson in final 4 for 5-star

Clemson in final 4 for 5-star

The nation’s top-ranked defensive tackle in the 2022 class is down to four schools.

One of Clemson’s priority recruiting targets — Greensboro (N.C.) Grimsley five-star Travis Shaw — dropped his final four on social media Tuesday evening and named the Tigers among the teams still in contention for his commitment, along with Georgia, North Carolina and North Carolina A&T.

Shaw is ranked as the No. 1 defensive tackle in the country by Rivals, which considers him the No. 3 overall prospect in the 2022 class regardless of position. 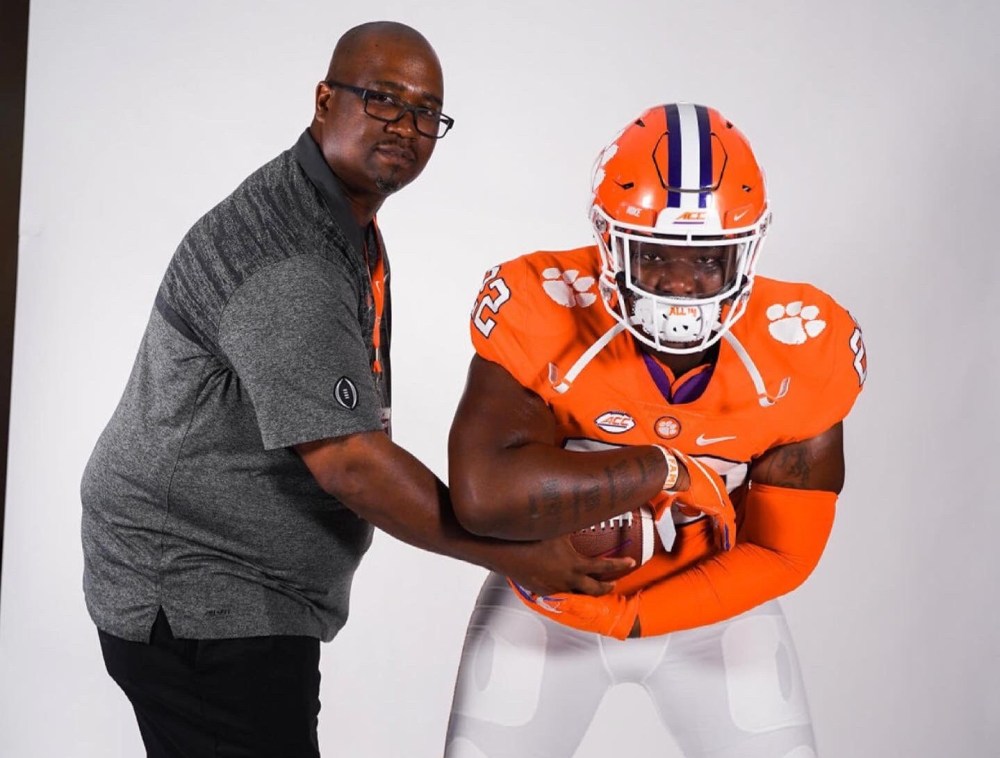 The 6-foot-6, 320-pound rising senior is coming off a visit to Clemson for the Elite Retreat this past weekend. It marked his first visit to Clemson since 2019 when he was also on campus on a few different occasions.

Shaw visited UNC before the Elite Retreat and is slated to visit Georgia this weekend.

As a junior last season, he was credited with 84 total tackles, 28 tackles for loss, five sacks and 16 quarterback hurries in 10 games.

The Clemson Insider visited Shaw at Grimsley High School this spring, and the elite prospect explained what will be important to him when he makes his college decision.

“Really who I’m building a relationship with the most, where I feel most at home,” he said. “The coaching staff, and not even just the coaching staff – a school in the community that can build me to be a better man and to reach my ultimate goal, which is to play in the NFL for a very long time.”

Clemson officially extended an offer to a Class of 2023 combo guard from Newton High School on July 14. Jakai Newton was on his way to the local park to get some shots. That’s when the Covington (Ga.) native (…)

Few have described what life is like for student-athletes in the transfer portal better than new ACC Commissioner Jim Phillips. “I liken it to a game of musical chairs,” he said last Wednesday at the (…)