A two-way standout from the Peach State made his way to Clemson last week to compete at the Dabo Swinney Camp.

Commerce (Ga.) High School rising sophomore linebacker and running back Sammy Brown, who has seen his recruitment pick up since the dead period ended, worked out for Brent Venables on June 10.

“Camp was awesome!” Brown told The Clemson Insider. “I worked at linebacker both sessions and really enjoyed the coaching and competition.” 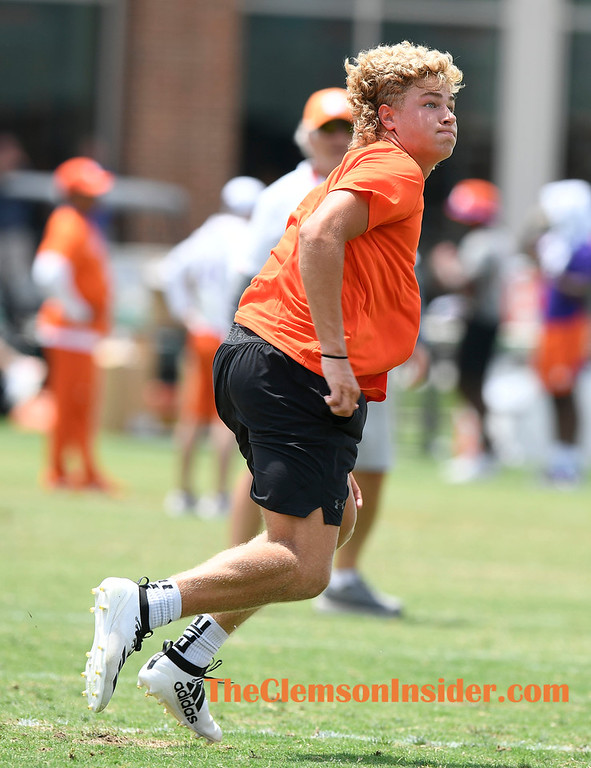 As a freshman last season, Brown rushed for 1,368 yards and scored 19 all-purpose touchdowns while also tallying 41 tackles and a pair of sacks defensively.

The 6-foot-2, 213-pound class of 2024 prospect projects as a linebacker at the next level and impressed Venables with his camp performance.

“I talked with Coach Venables after camp,” Brown said. “He had a lot of positive things to say about camp and said I had a great day.”

In the last week alone, Brown has brought in scholarship offers from Auburn, South Carolina, Ole Miss and Virginia to go with offers from Georgia, Georgia Tech and Tennessee.

While Clemson doesn’t offer prospects until the summer before their junior year, the Tigers have been showing interest in Brown throughout the spring.

“My dad, who is also my coach, has talked and texted with (safeties) coach (Mickey) Conn and (defensive analyst) coach (Ted) Roof several times, and several of the coaches have followed my Twitter,” Brown said. “Coach Venables and I talked a lot about the recruiting process there at Clemson and this fall coming to some of the games.”

The interest between Clemson and Brown is certainly mutual.

“The culture there is great and the coaches are awesome,” he said. “It would be a blessing to be offered by Clemson.”

Brown has also made visits to South Carolina and Auburn since the dead period was lifted June 1. He has trips planned to Georgia, Georgia Tech and Tennessee at the end of the month.