Clemson has made the latest cut for one of its wide receiver targets in the class of 2022.

Thompson is one of only two uncommitted wide receivers in the 2022 class with a reported offer from Clemson to date, along with Richmond (Va.) St. Christopher’s School four-star Andre Greene Jr. 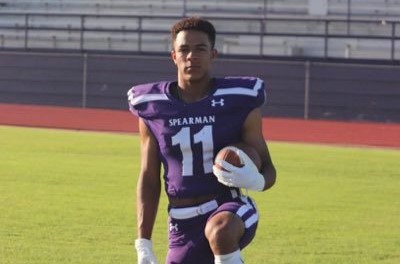 Thompson told The Clemson Insider earlier this year that he has formed a strong bond with Tigers receivers coach Tyler Grisham.

Thompson has made visits to Oklahoma State, Texas and Texas A&M since the dead period ended June 1. He is visiting Oregon this weekend.

On the gridiron, Thompson was a first-team all-state selection for the 3A classification by the Texas Sports Writers Association as a junior in 2020. He also earned first-team all-district honors at wide receiver and cornerback.

Per usual, Clemson continues to pursue only the best of the best at the wide receiver position, and as such, the Tigers have only offered a couple of wideouts in the 2023 class to date. But one candidate to (…)