Clemson played host earlier this month to one of the Sunshine State’s best offensive linemen and a top-100 national prospect in the 2023 class regardless of position.

Orlando (Fla.) Dr. Phillips four-star tackle Payton Kirkland visited Clemson at the beginning of June and felt welcomed by the coaches as soon as he stepped foot on campus.

“I really enjoyed it,” Kirkland said to The Clemson Insider regarding the visit. “The staff gave me a warm embrace when I got there, and the environment was pretty great.”

The 6-foot-8, 310-pound rising junior was on campus when the Dabo Swinney Camp kicked off with its first session June 2, although he did not work out.

“I really spent the most time with Coach Caldwell,” Kirkland said. “Coach Caldwell’s message to me was really just keep pushing.”

“They really enjoyed themselves, too,” Kirkland said.

Kirkland is friends with a fellow Orlando-area native on Clemson’s roster, rising junior defensive tackle Tyler Davis, and Kirkland had a chance to kick it with Davis and some other current Tiger football players while he was on campus.

“I’d say the highlight of the visit was probably getting to hang out with the players a little bit in the players’ lounge and stuff,” Kirkland said. “I’ve been building a relationship with Tyler Davis for a while now, so I was chilling with him and D.J. (Uiagalelei) and a couple other guys.”

So far, Clemson has offered just one offensive lineman in the 2023 class – Mount Pleasant (S.C.) Oceanside Collegiate Academy four-star tackle Monroe Freeling – with Kirkland among other candidates to eventually earn an offer from the Tigers. 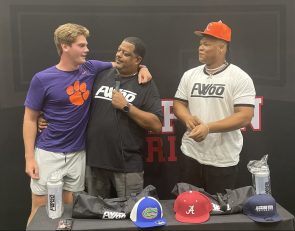 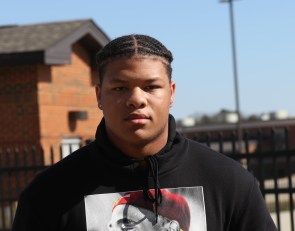