Last month, Clemson saw many recruits on its campus from a Florida high school powerhouse.

Among the prospects in attendance was Fort Lauderdale (Fla.) American Heritage four-star safety Daemon Fagan, who is currently ranked as the nation’s No. 21 safety in the 2023 recruiting class, per 247Sports’ rankings.

“It’s a great school, great coaching staff,” Fagan said of his initial Clemson impression. “It’s definitely one of the top schools in the nation.”

Clemson told Fagan everything that “he wanted to hear,” as he continues to develop a close relationship with Tigers’ defensive coordinator Brent Venables and safeties coach Mickey Conn, who both continue to recruit him hard.

“It’s really good, after that visit especially,” Fagan said of his relationships with Venables and Conn. “We were close before that. But after the visit, it’s starting to feel like a firm connection.”

While he’s only dealt with those on the defensive side of the ball, Fagan knows that there’s something unique about Clemson’s coaching staff.

“The coaching staff is different than anywhere else,” he said.

Fagan (6-3, 170) is a versatile defender, who can play both safety and cornerback, but figures he’d fit more as a cornerback in Clemson’s defensive system.

Right now, Fagan is being recruited all-around the secondary. He plays safety at American Heritage, but schools are looking at him both cornerback and safety, so he’d characterize himself as a defensive back at the next level.

“I’m a dawg and I’m versatile, that’s really all you need to hear,” Fagan said when asked to describe his playstyle.

Clemson likes Fagan’s ability to attack the ball and his aggressiveness. He’s not afraid to tackle and has some speed to him as well.

Fagan is currently trying to see what game may fit his schedule best, but he’s definitely trying to come up to Clemson for a game this season, he said.

In addition to Clemson, Fagan’s been on visits this summer to Georgia, Georgia Tech, Florida, Miami, UCF and USF. 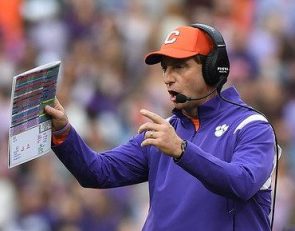 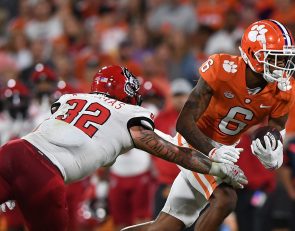