The Clemson Board of Trustees Finance and Facilities Committee voted to approve Phase 2 improvements to Death Valley and the proposal will go before the full board next week to get the final go-ahead.

“This Phase 2 approval is requested now because of some other state approvals that we will need during the early part of the fall which would allow us to meet some of the procurement of materials needed by contractors in order to start on time at the end of the football season,” Radakovich said in the meeting.

Phase 2 of the Memorial Stadium renovation was altered to a two part plan executed after this season and after the 2022 season.

The updated plan also eliminates the additional seating in the east end zone that was part of the initial approval. 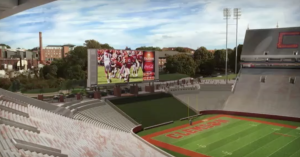 Part A includes premium seating in the West Zone with the addition of the concourse club and a new video board in the east end zone. Part B will be executed in 2022 and includes locker room enhancements and improvements to Lot 5.

According to Radakovich IPTAY has already begun taking reservations for the concourse club for the 2022 season. 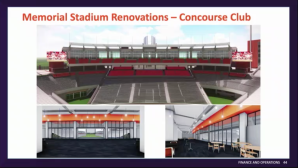 “The Memorial Stadium renovation we previously received Phase 1 approval and are back for Phase 2,” Radakovich said. “But we have altered that renovation plan and there will be two parts: part A with the concourse club and video board we want to start after this season and the part B with the locker room and lot five renovation year hence.”

Also on the docket are expansion projects for both the Poe Indoor Practice Facility and the Allen Reeves Football Complex that received initial approval for projects under $5 million.

These improvements include an elite performance and wellness center at the Reeves Complex that will extend over the current space occupied by the covered basketball court. The enhancements total $4.8 million.

At the Poe Indoor Practice Facility Radakovich proposed the addition of a Student-Athlete Branding Institute to assist with content creation in light of the name, image and likeness compensation. It also includes increased storage and NFL-style locker rooms. All of the improvements to the facility total $4.5 million.

“The most exciting part of it on the west side is the Student-Athlete Branding Institute and multi-purpose media rooms,” Radakovich said. “The branding institute is going to be a really positive lever for us as it relates to NIL and our student-athletes creating their brand and move forward during their time at Clemson.” 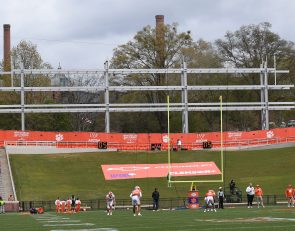 The latest on renovations to Death Valley 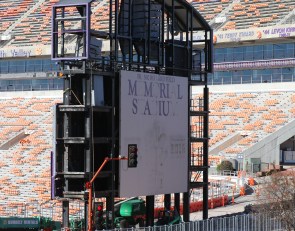