Former Clemson All-American Lucas Glover fired a seven-under-par 64 on Sunday to jump over 11 golfers and win the 50th John Deere Classic at TPC Deere Run in Silvis, Illinois.   It was Glover’s fourth career win on the PGA Tour, his first since 2011.

Glover’s iron game was strong all week and he led the tournament in strokes gained tee to green. He made eight birdies on Sunday and all eight were on putts of inside 15 feet, including three that were five feet or less. He made birdie’s on five of his last seven holes.

Glover last won a PGA Tour event at the Wells Fargo in Charlotte in 2011 when he beat former Tiger teammate Jonathan Byrd in a playoff.  He is the first former Clemson golfer to win a PGA Tour event since 2017 when Kyle Stanley won the Quicken Loan National near Washington, DC.

“It has been 10 years since I won a tournament,” Glover said in an interview with CBS after the round.  “I have had some good years,  I have not been in this situation. This is the first time I have won a tournament since my children were born and since I have been married, so I am looking forward sharing this with them.

“I knew I had it in me to win again and that might be the best thing about this in that I proved it to myself.  It is also nice to show the people who doubted you that you could win again.”

Glover now has four PGA Tour wins, second among former Tiger golfers behind Byrd, who has five.  Glover’s other wins are the 2005 Funai Classic in Orlando, Fla, the 2009 US Open at Bethpage Black near New York City, and the aforementioned Wells Fargo in Charlotte in 2011.

Glover is the second former Tiger to win the John Deere Classic.  Byrd won the event in 2007 on the same course.

The John Deere victory was his 54th career top 10 finish in his 459th tournament over 21 seasons.

Glover did not have much time to celebrate as he left for the Open Championship at Royal St. George’s in Sandwich, England on Sunday night. 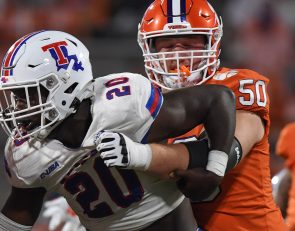 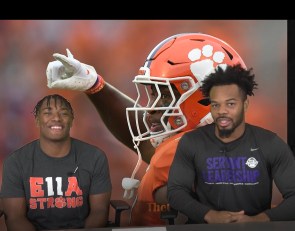