Along with approving Phase 2 of renovations to Memorial Stadium on Thursday, Clemson University’s Board of Trustees also approved Phase 1 expansion projects for both the Poe Indoor Practice Facility and the Allen Reeves Football Complex. These are projects that are both under $5 million.

These improvements include an elite performance and wellness center at the Reeves Complex that will extend over the current space occupied by the covered basketball court. The enhancements total $4.8 million.

They both will be funded by private gifts. Clemson head coach Dabo Swinney helped raise the private dollars needed to fund what are called Proviso Projects – under $5 million allowed by the South Carolina Legislature.

“We had to be able to fundraise for those and we had to independently be able to go out and do that and Coach has done a phenomenal job, along with IPTAY, raising private dollars to do both of those expansions – the expansion off of Reeves and the expansion off of the Poe Indoor,” Clemson athletic director Dan Radakovich said. “We are excited about those. Those are going to be student-athlete-centric-type-environments, both on the Poe with the branding institute and in Reeves with the wellness and the sports performance area.

“It was really important. One of the great things that happened when Reeves was built is that we left some room open for expansion of the building, not knowing what might come next. So, we are taking advantage of that.”

The Poe Indoor Practice Facility will add a Student-Athlete Branding Institute to assist with content creation in light of the name, image and likeness compensation. It also includes increased storage and NFL-style locker rooms, a work area for NFL scouts and a work area for the media. All of the improvements to the facility total $4.5 million. 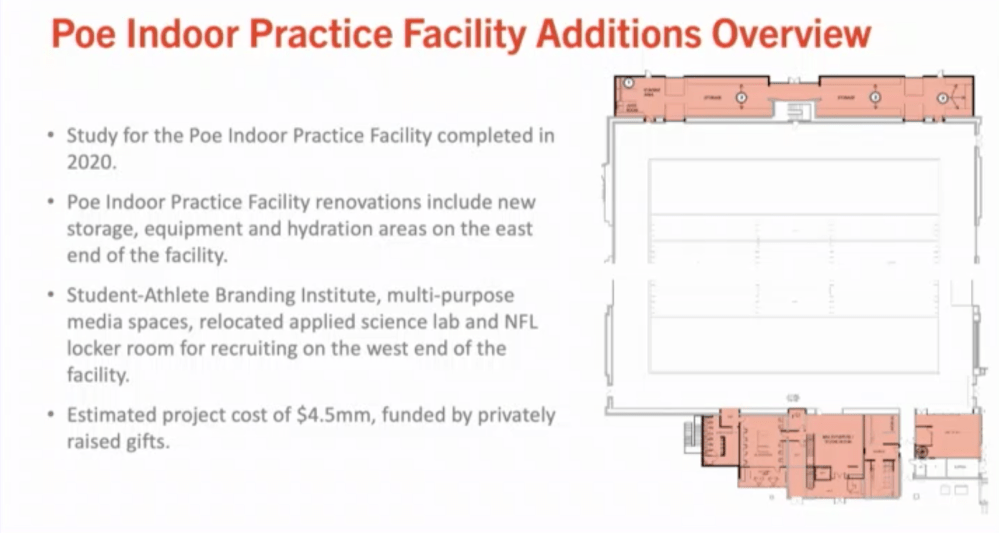 “It is one of those areas where our student-athletes will not only be able to be at a place where they can create the content necessary for their NIL, but also have a lot of great educational space to make sure they are up to date with all the latest information that relates to name, image and likeness and how they can take the greatest advantage to that,” Radakovich said. 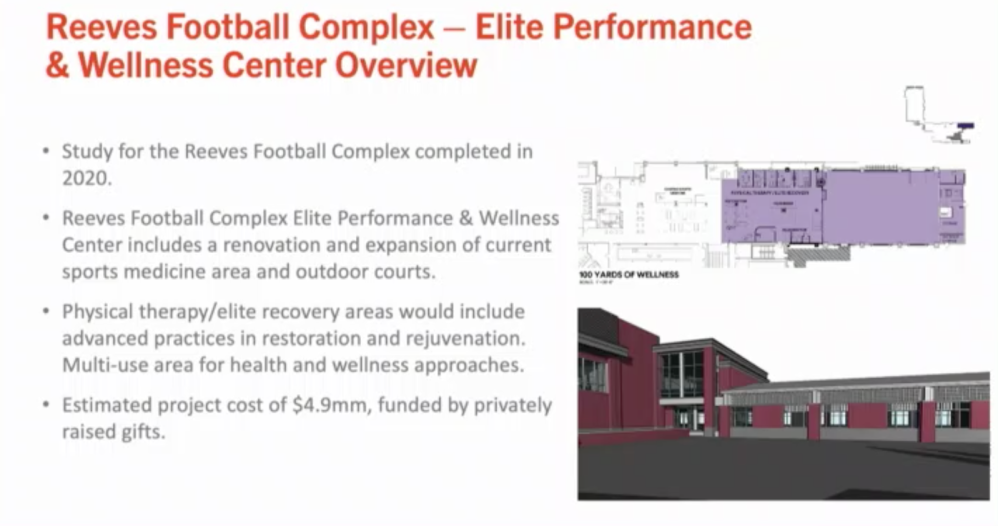 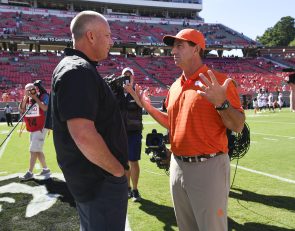 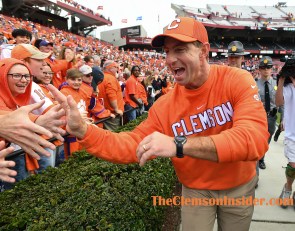