Dabo Swinney made it clear on Tuesday during Clemson’s media outing at the Allen N. Reeves Football Complex that the Tigers are not in favor of a 12-team College Football Playoff.

“Our team isn’t for it,” the Tigers’ head coach said. “I’ve met with my team. Our team wasn’t for it. They don’t want to play more games, and to be honest with you, I don’t think there’s 12 teams good enough. So you’ve got to play more games just to play more games. And I think the more you expand it, the less important the season becomes and again, the more you become the NFL as far as oh you’re in the playoffs, well, why play Trevor (Lawrence) in this game? You’re already in, just play the other guys. And the more all of a sudden now you’re not in the top 12, kids just aren’t playing. I just think there’s, again, unintended consequences.”

On ESPN’s College Football Live show Tuesday, ESPN college football analysts Joey Galloway and Greg McElroy gave their takes on what Swinney had to say about the proposed new playoff format, which could see the CFP expand from four to 12 teams as early as the 2023 season.

McElroy understands why Swinney isn’t a fan of a 12-team format, considering Clemson has been a part of the current four-team format in six straight seasons and won the national championship in 2016 and  2018 while also appearing in the national title game in 2015 and 2019.

“If I were Dabo, I wouldn’t want to change a thing,” McElroy said. “Because right now, everything is set up to favor teams like Clemson, right. Why would you mess with happy? They’re making the playoff on an annual basis, and they are really benefited by playing an ACC schedule that’s not as daunting as some of the other leagues you see scattered throughout college football. They are by far and away the best team in their league, and that’s not necessarily the case in places like the Big 12, places like the Big Ten – even to a certain extent, places like the SEC, even though Alabama has reigned supreme for quite some time, even though LSU a couple years ago had an awful lot to say about that.

“But if I were Dabo, Joey, I would say the exact same thing. Why would we change? It’s perfect for me, and he’s only going to look at it from his perspective, and right now, the four-team playoff’s working awfully well for the Clemson Tigers.”

Galloway agreed with Swinney that 12 teams is too many to put into the playoff.

“Now, I’m not saying that it shouldn’t expand,” Galloway clarified. “I like where it is, I liked before. But if we had to expand, it’s easier to swallow a 6 or maybe an 8. When you jump to 12, and now like he said, you’re playing a lot more games and it’s much closer to an NFL season where 12 teams get in.

“And I guarantee you, if we get to that place, especially because of the transfer portal and how there’s no depth at quarterback at any school at this point, when you get to games that are meaningless, I agree with Dabo – why would Trevor Lawrence play, why would a Justin Fields play, why would a Mac Jones play in these situations? If you know your team’s going to be inside that top 12, all of a sudden you can start holding out players and not play in meaningless games.” 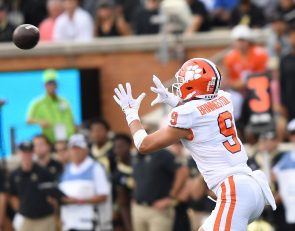 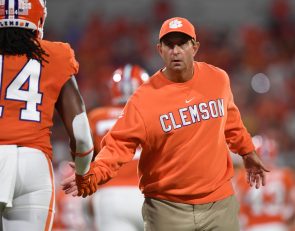 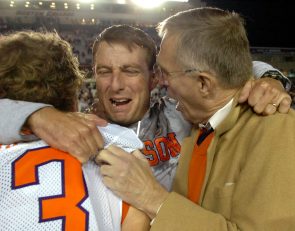 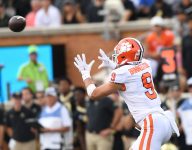 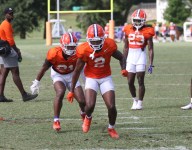 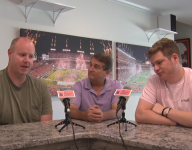 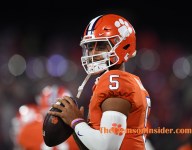 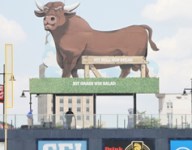 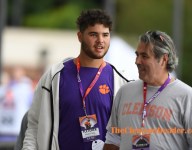 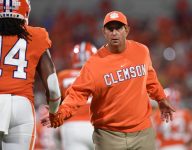 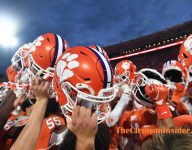