Clemson resumed fall camp late Monday afternoon with its third practice, the first six periods of which were open to the media. Here are some observations from today’s viewing period: 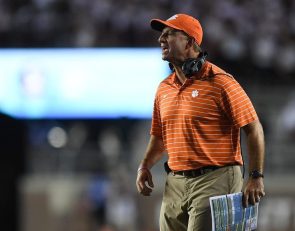