Among the prospects on hand for last Saturday’s game between Clemson and Georgia was one of the nation’s best athletes in the 2024 class, who hails from the Peach State.

Grayson High School’s Joseph Stone, Jr. is being recruited by both programs. He’s an in-state target for the Bulldogs, but he also comes from the same high school that Clemson safeties coach Mickey Conn was the head coach at for 16 years.

Stone was at the Dabo Swinney camp earlier this summer and talked with The Clemson Insider about his experience, his close relationship with Conn and how Clemson is his “dream school.”

TCI caught back up with Stone following Week 1’s marquee matchup, which he was in attendance for in Charlotte. He had a great time and lauded the environment and effort from both schools.

“UGA came ready!! From the fans in the stands to the coaches and down to the players as well,” he said. It was a well-played game and an amazing environment. It felt as if the fans were ready to play and they had no doubt that they were going to take home a win. I really enjoyed my time.”

Still, Stone made sure to praise Clemson as well, a school where he has many relationships with players on the team, including Phil Mafah, Dacari Collins and Nate Wiggins.

“Clemson also came with it,” Stone added.  Fighting the whole game and not giving up. Loved watching my guys from Atlanta touch the field and be great as just freshmen. Definitely, something I’m looking forward to. Clemson is great and will be great for a long time and I believe Clemson is still a top-tier school.”

Stone’s praise for the Tigers didn’t stop there. He experienced the culture of the program first-hand this summer and made sure to touch on it again after seeing it as a spectator in the stands at Bank of America Stadium.

“Although Clemson is a very big school I feel as if it’s a place of opportunity and hard work for anyone who is willing to be ‘ALL IN.’ I feel like Clemson is a place where men actually become better men and you can see by the fight and personality of the players on the team.”

While Stone is only just a sophomore, it’s clear that he’s already caught the attention of several marquee programs around the country. 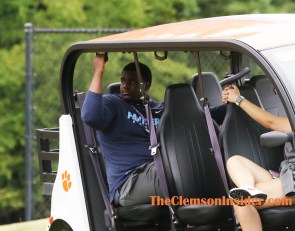 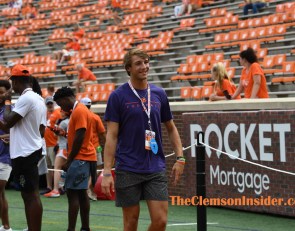 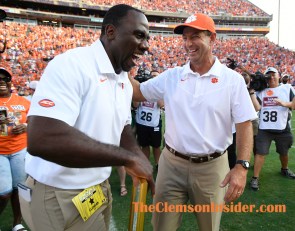