The Clemson Insider checked back in with this talented Peach State four-star wide receiver after he attended the Clemson-Georgia game as a guest of the Tigers.

“They hit me up right at 12:01. So right when midnight struck, they hit me up,” Lee said. “So, that meant a lot to me. They were one of the first people to reach out, so that went really well with me.”

Then, he was in the stands in Charlotte at Bank of America Stadium for the Duke’s Mayo Classic, three days later.

“That game was so exciting. The fans, they have some really, really true fans that travel from far and wide to come to that game,” he said. “That game was really awesome.”

It “meant everything” for Lee to be invited to the Tigers’ season-opening marquee matchup, he added.

As of now, Clemson has only offered two wide receivers in the 2023 class — Brandon Inniss and Nathaniel Joseph — both of whom hail from the Sunshine State. Joseph, of course, verbally committed to Clemson last Friday, making him the first member of the Tigers’ 2023 recruiting class.

“Clemson, as you know, they don’t offer a whole lot of people. I think they have only offered a couple of receivers in my class,” Lee said. “I think it could possibly come, but I’m just gonna wait on it.”

Still, Lee continues to strengthen his relationship with Grisham.

“Me and him have been talking a lot recently. We talked a lot after the game and he asked how I was liking it and I told him how I felt,” he said. “And then he was like, ‘We just have to get you for a home game,’ and I agreed. We’ve just been talking about a lot of stuff.”

“I think it’s really, really good,” Lee added when asked to describe his relationship with Grisham. “I talk to him a lot. We can talk about anything. He talks to my mom a lot. They have a really good relationship. So, I think it’s sitting really well with my family right now.”

Lee would like to check out a couple of other schools — Florida and Georgia — but indicated that he would like to make it to a home game at Memorial Stadium sometime this season.

As far as a school at the next level is concerned, Lee has already outlined some of the more important factors he’s looking for. 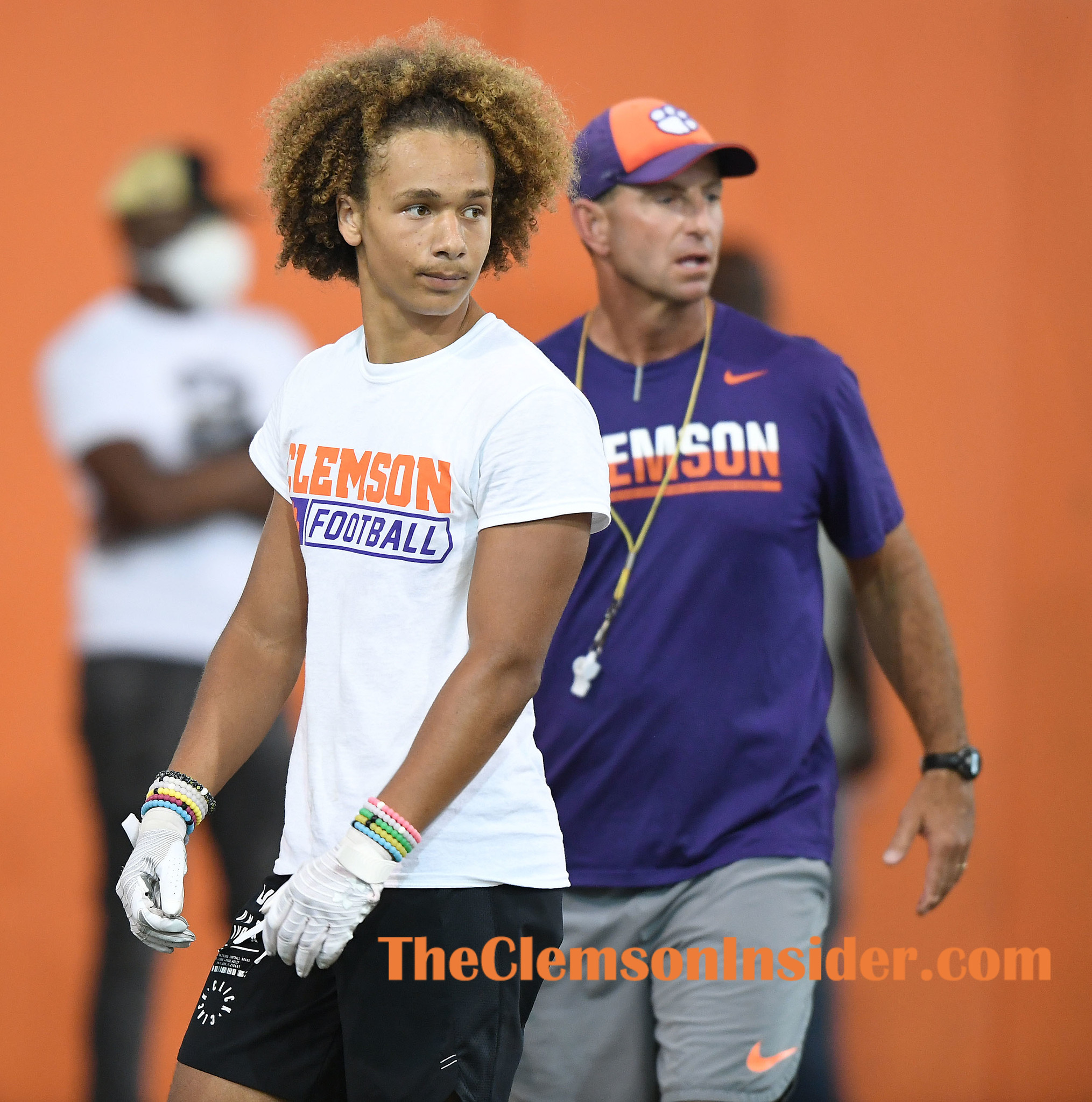 Lee is a fan of the way Clemson utilizes its receivers.

With that being said, what does Grisham like about Lee’s game?

“He’s told me that he likes how I can move around a lot,” Lee added. “He said that he likes my route running and my hands. He just thinks I can develop and be a very good player.”

Lee ranks as the No. 33 wide receiver and No. 26 prospect in the state of Georgia for the Class of 2023, according to the 247Sports Composite.