The Clemson Insider checked back in with this Class of 2023 prospect, who was recently offered by Clemson.

Life Christain Academy (Colonial Heights, Va.) 2023 interior offensive lineman Joshua Miller has long labeled Clemson as his “dream school” and has often described the program as being such during his conversations with TCI, dating back to June.

“I’ve been getting a lot of love from Clemson,” Miller said. “All the coaches be texting me — QB coach (Brandon Streeter), running backs coach (C.J. Spiller), offensive line coach (Robbie Caldwell) — I’ve just been getting a lot of, to be honest. Everybody’s been sending me messages, checking in on me. The love is definitely there.”

Clemson kept its promise to Miller. They kept close contact with the big-time Virginia offensive lineman and rewarded him with an offer back on Sept. 2.

It was a long time coming for Miller, who has had a lot happen in his personal life over the past year. 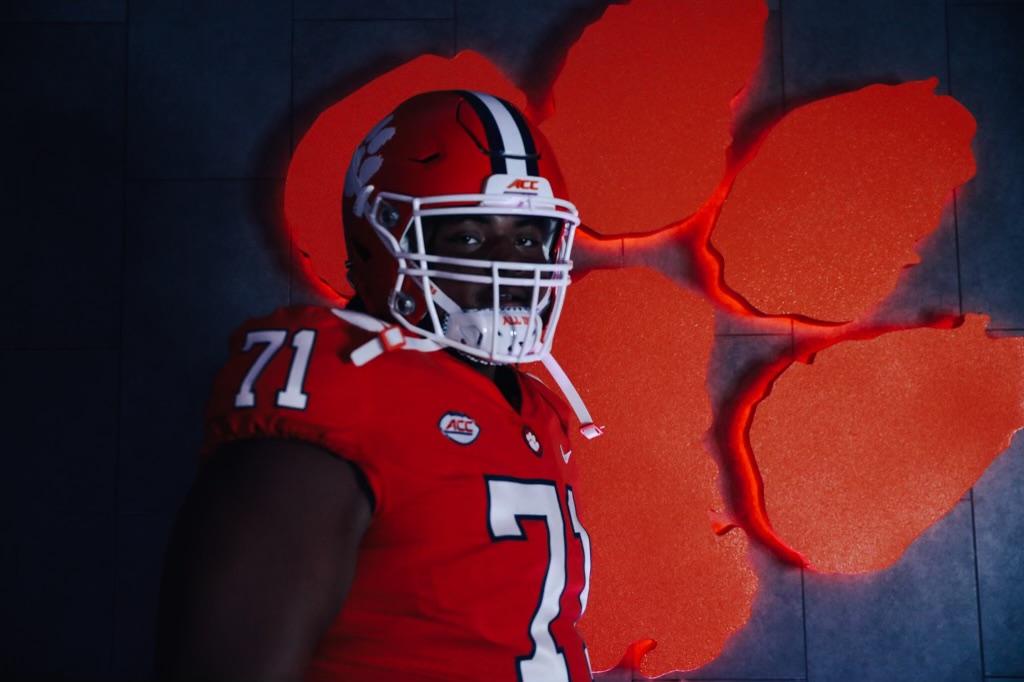 “That means a lot because I was talking to Coach Caldwell, I would say since probably around May,” Miller said. “I’ve been keeping in contact since then and he always told me the same thing. He always told me to be patient with ‘em. He told me the offer was going to come sooner or later, just be patient with ‘em. For him to continuously check in on me, made sure we stayed in contact like every week. For him to just live up to his end of the bargain, means a lot.”

Miller understands that an offer from Clemson certainly holds a different kind of weight. The Tigers take a different approach than any other school in the country. Miller stayed the course and he wound up with the offer he was waiting for.

“It’s kind of like an eye-opener,” Miller said. “I’ve done put in the work. In February of last year (2020), I was 360 pounds and I cut that weight down to 320, I’d say in probably four months. I worked for it. I’ve been through a lot to get to the offer. Just to have an offer from my dream school, means a lot. It’s an unreal feeling.”

Since Caldwell extended Miller his scholarship offer, the two have been keeping in touch, with Clemson’s offensive line coach sending him well wishes and keeping in contact as often as possible.

Miller plays right tackle for his high school, but just by looking at guys at the next level, he assumes he’ll slide into guard, which he has no qualms with. That positional versatility is what Clemson and Caldwell often look for when recruiting offensive linemen.

Miller worked out at guard for Caldwell at the Dabo Swinney Camp back in June.

Where does Clemson currently stand for Miller, now that he has the offer?

“They definitely up there in my recruitment,” he said. “I’d definitely put them in my top-5 schools.”

In addition to Clemson, Miller lists Tennessee, Florida State and Virginia Tech as the schools currently standing out in his recruitment.

Miller doesn’t have a timetable for a decision, but he may be looking to commit before 2021 is over.

Miller was in the stands for Clemson’s marquee season-opening matchup against Georgia at Bank of America Stadium in Charlotte. While he was there as a guest of Clemson and the Tigers fell 10-3 in a defensive showdown, Miller really enjoyed himself.

“It was a good experience,” he said. “First off, when I got there, the energy was through the roof. You heard Georgia and Clemson’s fans arguing throughout the whole stadium all night long. They were going: ‘Go Dawgs, Go Tigers.’ It was just like a feud all night. The energy was up there. When Clemson made a play, the crowd went crazy. When Georgia made a play, the crowd went crazy. It was really just a battle by the fans all night long.”

Miller is planning on coming to Clemson’s game against Boston College on Saturday, Oct. 2 at 7:30 p.m. His first game day experience in Death Valley will be a conference matchup under the bright lights at Memorial Stadium.

“I got a little bit of experience when I was there (in Charlotte), but it not really being a home game, I wasn’t able to get the full experience,” Miller said. “So, I’m excited to get down there to Clemson and actually see what an actual game day is like at their home stadium.”

Clemson’s QB1 D.J. Uiagalelei played his best game of the season, but was still frustrated following the win over Syracuse. D.J. Uiagalelei when asked if it was frustrating with the little mistakes that keep (…)

Clemson continues to keep tabs on this Class of 2023 cornerback out of the Sunshine State. Since Sept. 1, Florida Christian School (Miami, Fla.) four-star Antonio Robinson’s phone has been lighting up like a (…)