New Jags TE: Lawrence is 'a real one'

New Jags TE: Lawrence is 'a real one'

Dan Arnold has only played one game with the Jacksonville Jaguars, but he can already sense what Trevor Lawrence is about.

Before last week’s Thursday night game, Arnold was traded along with a third-round pick to the Carolina Panthers in exchange for former Univeristy of Florida cornerback C.J. Henderson and a fifth-round pick.

Arnold spoke with some of Jacksonville’s local media and had this to say about his new quarterback:

New Jaguars TE Dan Arnold says QB Trevor Lawrence is "a real one" in terms of his talent and ability to set protections/see the field. Thinks he's further along already than some other QBs he has been with in camps before

Arnold’s words about the former Clemson standout hold a lot of weight, even though he has just two catches and 39 yards to his name, while in a Jaguars uniform.

As far as his rookie campaign is concerned. Lawrence is further along than some of his peers. While the former Tigers is only a quarter of the way through his first season in the NFL, the Jaguars have hit some choppy waters and currently have an 0-4 record to show for it.

Still, Arnold provides some reason to be encouraged by what Lawrence has shown, despite some extenuating circumstances beyond his control. 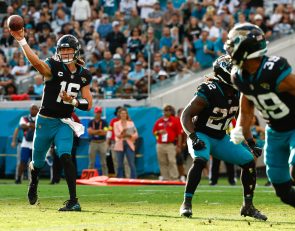 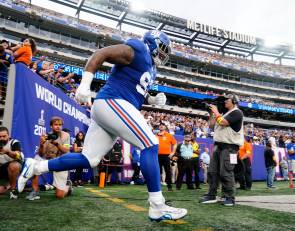