The Clemson Insider checked in with a priority recruit in the class of 2022, who was on campus this past weekend.

North Gwinett (Suwanee, Ga.) three-star forward R.J. Godfrey took in an unofficial visit as he begins to narrow down his recruitment. He dropped a top-6 last week, which includes Clemson, along with Georgia, Georgia Tech, Texas Tech, Ole Miss and Utah.

Standing at 6-foot-7, 210-pounds, Godfrey’s game is predicated on his versatility and top-flight athleticism. Of course, it helps that the top-150 prospect is the son of former NFL linebacker, Randall Godfrey.

“This weekend was my first time on Clemson’s campus,” Godfrey told TCI. “It was very surprising. It surprised me, as soon as I got up there, seeing the football field when you first get there and how the basketball [facilities] are right next to it. Me and my brother [Grant] automatically, just looked at each other because if we both end up at Clemson, we’d be right next to each other. That’s always good.” 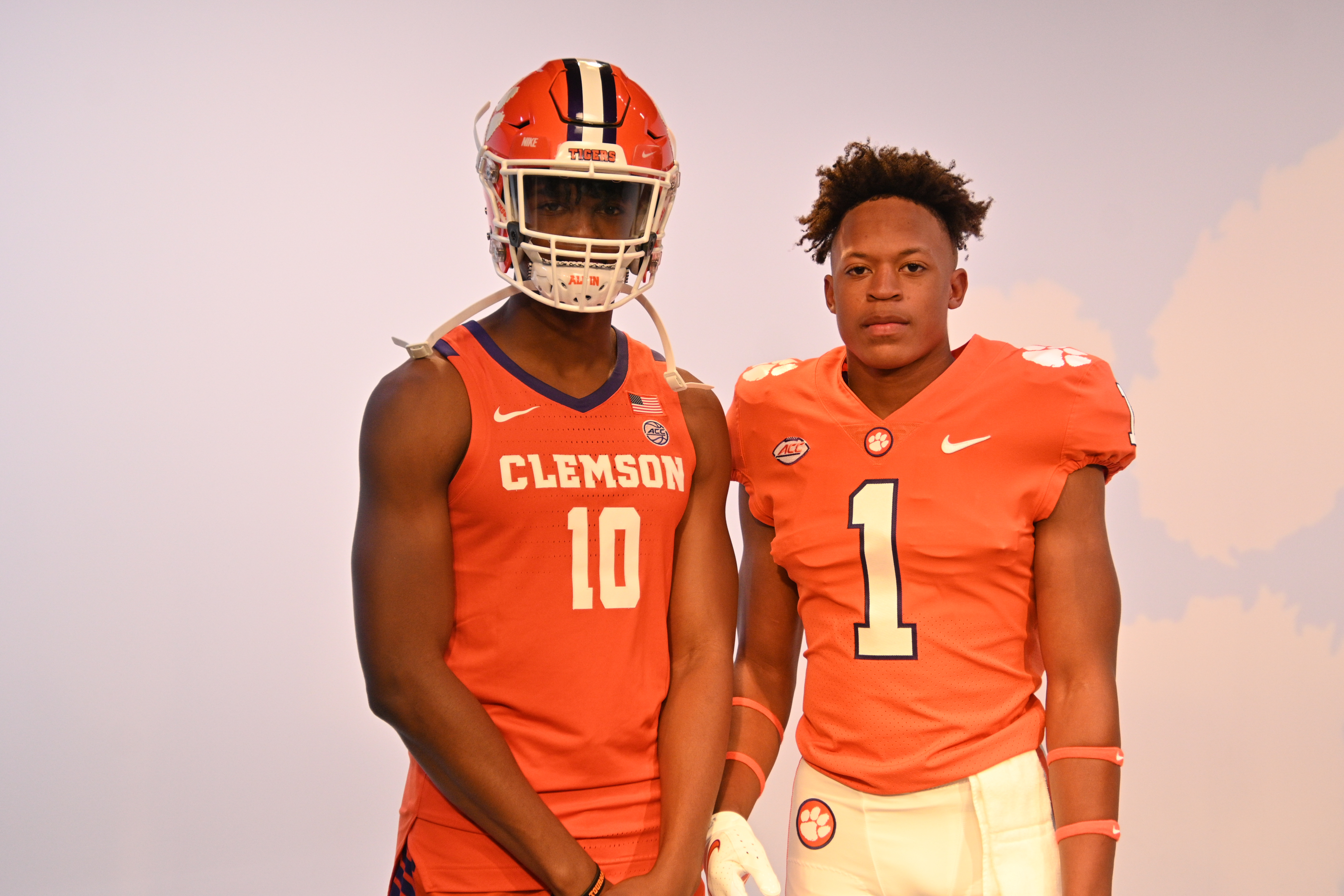 Godfrey spent most of his day in the basketball facility. He watched practice with a couple of other recruits.

“The practice went well,” he said. “I saw a lot of old guys I played against like [freshman forward] Ian Schieffelin and I grew up watching [sophomore guard] Chase Hunter. So, it was good seeing them practice again. The visit on Saturday, it was great. I got to see the training room, the locker room. All that was nice, top-tier stuff.”

Godfrey was able to get a sense of the family atmosphere that has become a huge selling point in Clemson’s recruiting pitch.

“What stuck out to me the most was probably how close everybody was,” Godfrey explained. “They had meals after practice. It was like a big ol’ meal for everybody there. The whole team was there. The camaraderie was there with the team. Also with [sophomore forward] P.J. Hall and Coach Brownell, they seem really close. Just like the camaraderie with everybody there. Coach [Kareem] Richardson too, we were all talking.”

He later was accompanied by Clemson head coach Brad Brownell for the football team’s 30-20 win over Florida State at Memorial Stadium on Saturday.

Godfrey and his brother, Grant, are close with Clemson’s true freshman linebacker Barrett Carter. Though, R.J. didn’t get to see his close friend score his first career touchdown to seal Clemson’s 10-point victory over FSU because he and his mother had left the game early for a meeting with Brownell and assistant coach Antonio Reynolds Dean.

“We really haven’t talked about the school as a whole,” Godfrey said of his conversations with Carter about Clemson. “He’s just like, ‘Hey man, pull up to Clemson. It’s the place to be. It’s great here. Just pull up.’ I might as well ‘cause it’s a great program and I mean, I love it there.”

According to Godfrey, Clemson started pushing him “real hard” about two weeks ago. He kind of figured an offer was eventually coming because every single coach on Clemson’s staff was in there to see him at one point.

The first time Godfrey met with Brownell was when he came down to North Gwinnett back in September. Clemson’s head coach watched Godfrey work out with his team as they prepared for the season ahead.

“He’s a really cool guy,” Godfrey said. “His track record is pretty good in terms of wins and getting guys to the league. We started building that relationship. We talked about a lot of football. He asked a lot about my dad and stuff. He and my dad got along well. Me and him, we really get along.”

While Brownell is heavily involved with Godfrey, he’s also been in contact daily with Lucas McKay. He was on FaceTime with Clemson’s director of recruiting for close to an hour on Tuesday night. Godfrey has also heard a lot from assistant coach Dick Bender, who’s maintained close contact with him over the past two months or so.

What part of Clemson’s recruiting pitch has resonated with Godfrey the most?

“Probably just how they see me as a high-level NBA guy like Coach Dean said he’s going to change me and change me for the better,” Godfrey said. “He said he’s gonna work with me. We went over a lot of film when he was down here last week, like pointing out my weaknesses and what I need to work on, but also pointing out some strong suits that he’s gonna get me better with. They’re really just pitching to me how they’re gonna change me as a player and get me to that high level, where I need to be.”

Last week, Dean stopped by Godfrey’s practice. He was at his house the week before and has now been down to Suwanne, Ga. in consecutive weeks. That’s been a common theme, as he’ll have plenty of coaches visiting before he eventually makes his decision.

Godfrey had Ole Miss’s coaching staff come in to visit on Wednesday night, while Brownell and Dean will be at his house on Thursday evening. Texas Tech will be there on Friday and then Godfrey will take his final visit to Georgia Tech this weekend.

How does Godfrey envision the rest of his recruitment playing out?

Godfrey is set out to make a decision sometime early next week and he plans on signing with his new team during the early signing period.

“The recruitment process has been such a blessing because I’ve worked so hard for this,” Godfrey said. “This is all I dreamt for and prayed for at night. I’m sad that it’s ending, but I’m also happy that I’m choosing my next path in life.”

It’s a bittersweet moment for the Clemson target.