Wesley Goodwin, 'one of the brightest, innovate young coaches in America'

Wesley Goodwin, 'one of the brightest, innovate young coaches in America'

Clemson will officially put a wrap on the 2021 season in central Florida later this month when the Tigers square off against Iowa State in the Cheez-It Bowl. And when they do, the operation of the defense will be different.

In the wake of Brent Venables’ departure for Oklahoma, Wesley Goodwin will become a defensive on-field assistant, according to a source. Goodwin has also been on the road this week recruiting for the Tigers.

TCI has been told the plan is for Goodwin to take at least some of the coordinator responsibilities for the bowl game if not longer, though Clemson has not confirmed these changes as of early Thursday afternoon.

So who is the Tigers’ lesser-known assistant?

Clemson’s former defensive coordinator chimed in that to TCI this week.

“Wesley is one of the brightest, innovative young coaches in America,” Venables told TCI. “He’s tough yet patient. And he is one of the most respected people in the building. The players love him.” 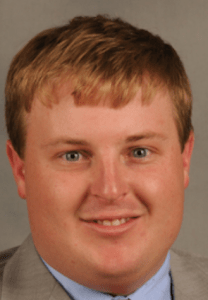 For the past 13 seasons, on and off, Goodwin has worked behind the scenes at Clemson, helping the Tigers’ defense morph into one of college football’s most formidable units. He first joined Dabo Swinney’s staff as a graduate assistant in 2009 after serving in the same role at Mississippi State. He worked with then-defensive coordinator Kevin Steele and also with Venables when Venables was hired away from Oklahoma as Steele’s successor in 2012, contributing heavily over the years to scouting and developing specific-opponent game plans.

In 2015, Goodwin went to the NFL after being hired by the Arizona Cardinals as an assistant to then-head coach Bruce Arians. Swinney brought Goodwin back to Clemson as a defensive analyst in 2018 when the Tigers won their second national championship in three years. Clemson gave up the fewest points in the Football Bowl Subdivision that season and finished fifth in total defense.

Since then, the Tigers, who enter this postseason with the nation’s No. 2 scoring defense, have ranked in the top 20 nationally in points and yards allowed.

Goodwin has filled in on an interim basis for the Tigers before. He helped coach the secondary in 2012 when former assistant Charlie Harbison left for Auburn ahead of Clemson’s appearance in the Chick-fil-A Bowl that season.

Now he’ll be helping the entire defense try to slow down an Iowa State offense ranked in the top 35 nationally in yards and points. Might it be an audition for a permanent on-field role for Goodwin moving forward? 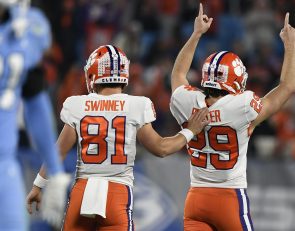