Clemson has extended another offer to a prospect in the class of 2022.

While on his official visit to Clemson this weekend, Douglas County (Douglasville, Ga.) cornerback Myles Oliver announced an offer from the Tigers via social media.

“It meant a lot to get an offer from Clemson,” Oliver told The Clemson Insider Saturday.

The talented, under-the-radar cornerback has seen his recruitment heat up since late December. On Christmas Day, he announced that he would be officially visiting Clemson.

He has since picked up an offer from Georgia Tech, which he will officially visit next weekend, and has received additional interest from Indiana, Purdue and Vanderbilt, as well as his offer from Charleston Southern.

He received Douglas County Player of the Year for honors for his contribution on the field this season. 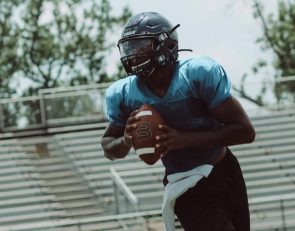 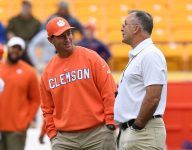 Dabo Swinney believes arguments can be made both ways when it comes to how ACC teams piece together their conference schedules, which is why Clemson’s coach said he’s “kind of indifferent” on whatever (…)