Saban accused A&M of buying “every player” in its top-ranked recruiting class during the first year of the NIL era, prompting Fisher to call an impromptu press conference in response. The Aggies’ fourth-year coach unloaded on his former boss (Fisher was Saban’s offensive coordinator at LSU in the early 2000s) in denying Saban’s allegations, calling the claims “despicable” and referring to Saban him a “narcissist.”

Clemson coach Dabo Swinney weighed in on the situation when asked at Omar Shrine Temple on Tuesday as part of the athletic department’s Prowl & Growl tour whether or not the opportunity for players to make money through NIL deals could possibly lead to more public finger-pointing among coaches, though Swinney kept his comments to a minimum.

Asked if he was surprised by two prominent coaches in his sport going at each other in such a public fashion, Swinney said he’ll let Saban and Fisher “figure all that stuff out.” Swinney has coached against both multiple times, most recently when Clemson beat A&M during the 2019 season at Memorial Stadium.

“It’s a different world,” Swinney said while surrounded by a small group of reporters. “Everything you say these days, there’s a camera, just like this. That’s about it.” 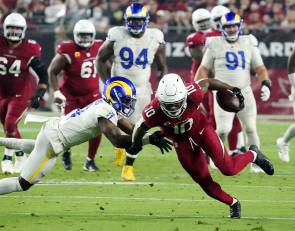 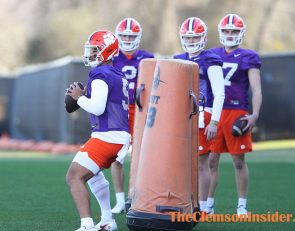