A standout local signal-caller, who has been a familiar face at the Dabo Swinney Camp over the years, returned to campus to work out at the camp yet again this summer.

Wren High School (Piedmont, S.C.) quarterback Gavin Owens – a 6-foot-4, 205-pound rising sophomore in the class of 2025 – had the chance to showcase his talent while throwing during the afternoon session on Day 1 of the Swinney Camp on Wednesday, June 1.

“I loved it,” Owens said to The Clemson Insider regarding his camp experience. “I always go down to Clemson and I love it. I just love the environment. The camp was a great experience, being out there with the coaches and some of the players. I learned a lot. They taught me some things, some things I need to fix, too, in my throwing – a lot of ball carriage stuff and footwork, and getting my hips around when I throw the ball.”

Owens, who already holds a handful of Division I scholarship offers, including a few Power Five offers, estimates that he has been participating in the Swinney Camp since he was around 10 years old.

The highlight of this year’s camp, Owens said, was competing in the one-on-one portion of the session.

“The one-on-ones, I had a great completion rate, rarely threw an incompletion,” he added.

According to Owens, his camp performance drew positive feedback from Clemson’s coaching staff. 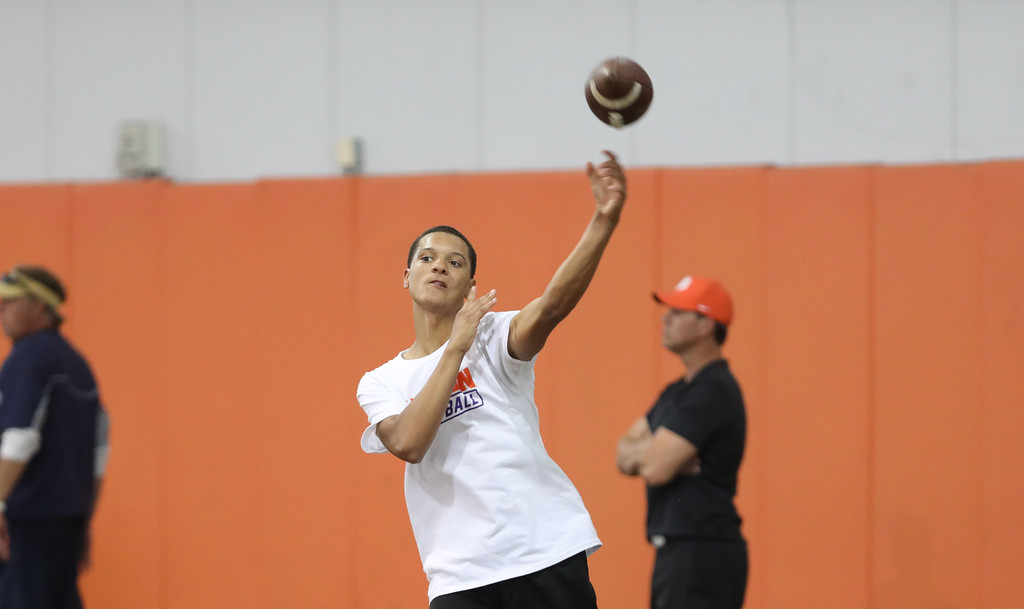 “They said I did pretty good,” he said. “They want me to keep coming back and see me every year, see how I develop, and they want me to come back for a game in the fall.”

Owens, who intends to get back on campus during the season, enjoyed working with Brandon Streeter at the camp and feels his relationship with Clemson’s offensive coordinator/quarterbacks coach grew “a whole lot” stronger there.

“I’m getting closer to him every time I see him,” he said. “He was with me doing drills. He always stopped by, had something to say, maybe fix something I was doing wrong or just give me a compliment on my throw.”

“He’s a great coach,” Owens added. “He really knows what he’s talking about. He has a great relationship with the players, anybody. Even people that he may not know, he always has good things to say, no matter what.”

Owens also had an opportunity to catch up with former Clemson star quarterback and current Clemson offensive player development coach Tajh Boyd, with whom Owens has already built a good relationship.

Clemson, of course, hasn’t started offering recruits in the class of 2025 yet. But Owens feels his chances of earning an offer from the Tigers in the future are “pretty high” and says Clemson is one of his top schools early in the recruiting process even though it’s not on his current offer list.

“I’m still loving it,” he said. “It’s really a top-three school in my mind right now.”

The USA TODAY Sports AFCA football preseason coaches poll was released on Monday. Clemson is ranked No. 4 in the preseason poll, behind No. 1 Alabama, No. 2 Ohio State and No. 3 Georgia.   Iowa 248; Penn (…)