Herbstreit: 'I still think you’ve got to give Dabo the edge'

Herbstreit: 'I still think you’ve got to give Dabo the edge'

During The Herbies Preseason Special on ESPN recently, ESPN college football analyst Kirk Herbstreit gave his picks for conference winners for the 2022 season.

Rece Davis asked Herbstreit if, in his mind, Clemson is again the favorite to win the ACC this season.

Herbstreit then explained why he’s picking Clemson to beat Miami in the conference title game.

“You’re banking on Dabo Swinney, his recruiting, his defense,” Herbstreit said. “Remember, lost his offensive coordinator, Tony Elliott, to UVA as the head coach, loses his defensive coordinator, Brent Venables, to Oklahoma, who’s now a head coach. So, he has a couple new coordinators. Remember last year, DJ Uiagalelei, we were waiting to see him emerge. Never quite did.

“But I still think you’ve got to give Dabo the edge. They’ve got a tough game against NC State, but it’s at home, October 1st. They play Miami, November 19th. I think they’ll rematch and play Miami again in the ACC Championship in Charlotte.” 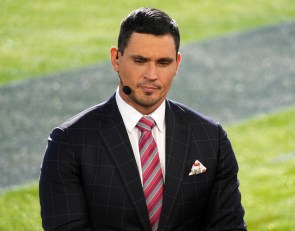