Sammy Watkins reeled in three receptions for a game-high 93 yards during the Green Bay Packers’ 27-10 win over the Chicago Bears on NBC’s “Sunday Night Football” at Lambeau Field in Green Bay, Wis.

Watkins, who signed a one-year deal with the Packers this past offseason, helped his new team put up points on three separate scoring drives.

The 29-year-old had a 14-yard reception on second-and-6 during Green Bay’s opening drive, which resulted in a first-quarter field goal. He later made a 24-yard reception on first down toward the end of the first quarter to move the Packers into the red zone before they ultimately scored a touchdown on the first play of the second period.

Last but not least, in the fourth quarter with the Packers up 24-10, Watkins hauled in a 55-yard catch on second-and-11 from the Green Bay 12-yard line to help his team put the game on ice. The Packers ended up kicking a field goal that made it a three-score game with 2:28 left and essentially sealed the win.

Watkins’ new quarterback – future first-ballot Hall of Famer Aaron Rodgers – is certainly a big fan of the former Tiger, both as a player and person.

“I really enjoy Sammy,” Rodgers said. “I had heard some things about him that made me think that was going to be the case. But I do really enjoy Sammy a lot. We had a real nice text conversation this week about a number of different topics I’m not really going to get into. But the feeling I got afterwards was man, we really got a special person who understands his role and is going to help us at some point.

“He made three really nice plays today. One kind of got us going on first down early in the game, one got us down in the red zone and then obviously backed up, really nice call by Matt (Packers head coach Matt LaFleur) and nice tight wobbler by me. But good route by Sammy getting open.”

Watkins’ 93 receiving yards marked his most in a game since the 2021 season opener, when he was playing with the Baltimore Ravens and had 96 yards against the Las Vegas Raiders.

Watkins’ 55-yard catch was his longest since the 2019 AFC Championship Game, when Watkins had a 60-yard reception against the Tennessee Titans as a member of the Kansas City Chiefs.

“I thank the coach for dialing that up,” Watkins said of Sunday’s 55-yard play. “I think that was one of my top plays in the last two or three years, to go deep on that pass. So, it felt really good.”

“Literally, it was freakin’ wide open.”

Sammy Watkins said his 55-yard catch late in the fourth quarter was one of his top plays in the last two or three years. pic.twitter.com/0AStybFQSk

Game-high 3 catches for 93 yards. Have a night, @sammywatkins 🔥 #WRU 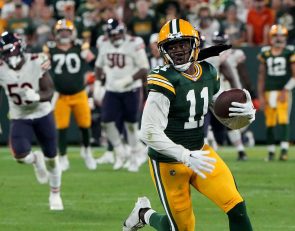 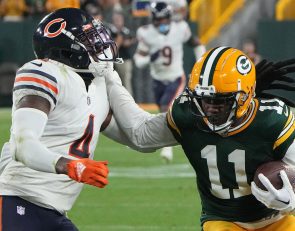 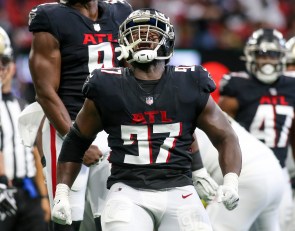