It’s been seven years since Dabo Swinney uttered one of his most memorable lines as Clemson’s head football coach.

In the opinion of the host of College GameDay, it coincided with the moment Swinney’s program started its rise to national prominence.

It’s fresh on Rece Davis’ mind now that ESPN’s popular traveling pregame show is back in Clemson for Saturday’s ACC showdown between the Tigers and NC State. Davis, who’s hosted the show since 2015, has made the trip to Clemson with the GameDay crew numerous times before, but it was the show’s visit during the ’15 season for Clemson’s matchup with Notre Dame in which Davis believes he saw Swinney’s program ascend to another level.

“I know a lot of people point to that LSU game in the Peach Bowl back in the day (at the end of the 2012 season),” Davis said Friday. “I think it was the Notre Dame game. The bring-your-own-guts game.”

Those were the now-famous words spoken by Swinney in an interview following Clemson’s 24-22 win inside a rain-soaked Memorial Stadium that October night. Clemson was ranked at the time but not higher than Notre Dame, who came into the matchup as the sixth-ranked team in the country.

The win propelled Clemson to its first undefeated regular season under Swinney and the first of six consecutive trips to the College Football Playoff. The Tigers, who also won the ACC title in each of those years, have played in four national championship games since that ‘15 season, winning two of them.

“Not that they weren’t good before then. They certainly were,” Davis said. “But that was the first year in the modern era, post-Danny Ford, that they would go on to play for the national championship. They were not the higher-ranked team on that night against Notre Dame. That was a landmark, milepost moment for Clemson in its ascension to this realm of college football under Dabo.”

Ironically, Davis feels Saturday’s game is a similar opportunity for Clemson’s opponent. NC State is coming off its third nine-win season in the last five years with a couple of runner-up finishes in the ACC’s Atlantic Division during that time.

The Wolfpack come into this week’s game ranked 10th by The Associated Press, making for the first top-10 matchup in series history.

“I think just because North Carolina State has a 10 beside its name, it gives (the rivalry) a little juice, but there’s still skepticism about whether they truly belong in that type of conversation,” Davis said. “They’ll have the opportunity to prove that Saturday night, and I think that, too, is compelling drama. Do you have a team that can take a step and go from good to great?” 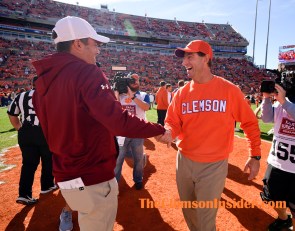 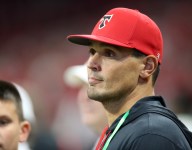 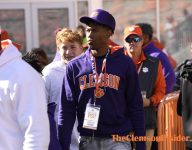