Mock drafts are making the rounds online as we approach the midway point of the 2022 college football regular season.

CBS Sports’ latest 2023 NFL mock draft has three Clemson players coming off the board within the top 15 picks, including two in the top 10 — junior defensive end Myles Murphy to the Atlanta Falcons at No. 6 and redshirt sophomore defensive tackle Bryan Bresee to the New England Patriots at No. 10 — and junior linebacker Trenton Simpson to the Las Vegas Raiders at No. 13.

The Draft Network, meanwhile, has Bresee going to the Detroit Lions at No. 11 overall, Murphy to the Arizona Cardinals at No. 13 and Simpson to the Houston Texans at No. 17.

Luke Easterling of The Draft Wire projects Bresee to the Raiders with the eighth overall pick, followed by Murphy to the Texans with the 10th selection and Simpson to the Miami Dolphins with the 19th pick.

Pro Football Focus has Bresee and Murphy going with back-to-back picks to the Pittsburgh Steelers at No. 6 and Carolina Panthers at No. 7, respectively, while PFF sees Simpson going to the Dolphins at No. 23.

Pro Football Network likewise projects Bresee and Murphy to the Steelers and Panthers with the sixth and seventh overall picks, and Simpson to the Lions at No. 11. 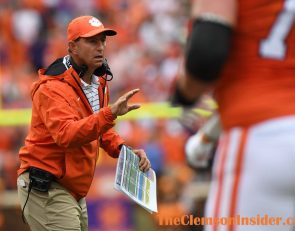 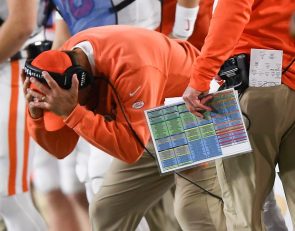