Most of the players in Clemson’s 2020 signing class, which currently ranks No. 1 nationally, have already arrived on campus and started their college careers. 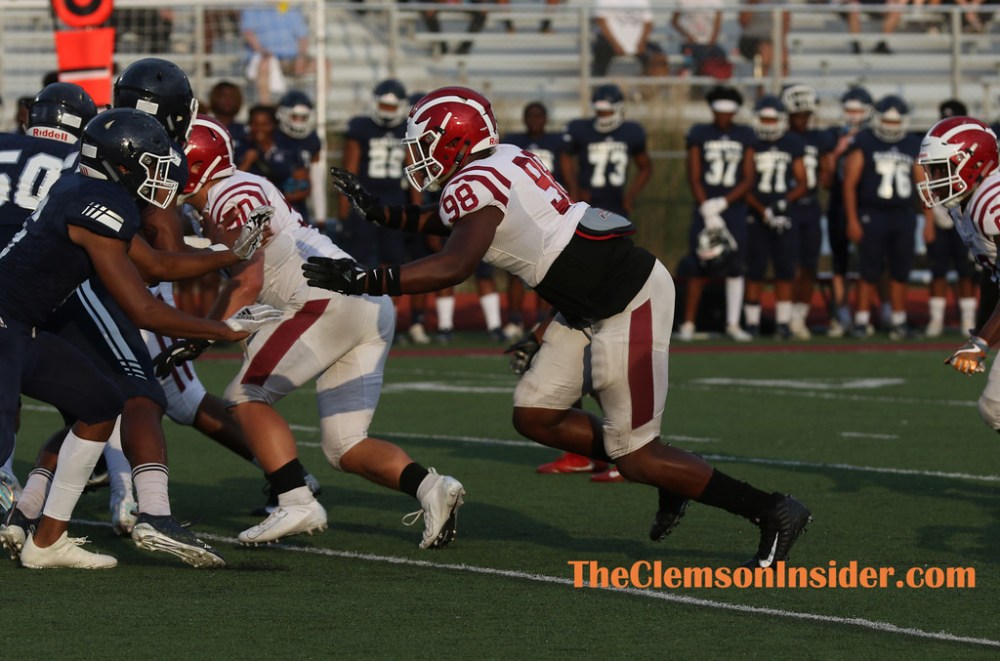 High school stats/accolades: Played in the All-American Bowl in San Antonio on January 4, 2020 … named to the Atlanta Journal-Constitution preseason Super 11 team for 2019 … as a senior in 2019, posted 53 tackles, including 19 tackles for loss, 10.5 of which were sacks … had a fumble recovery and a blocked kick … in 2018, had 55 total tackles, 16 tackles for loss and seven sacks … helped team to the quarterfinals of the state 7A playoffs and the team finished 12-1, the most wins in school history

Strengths: Murphy is a consensus five-star prospect and unanimous top-15 national recruit for multiple reasons. First of all, he is freakishly talented, especially for his size. The big, strong and well-built 6-foot-5, 265-pounder has outstanding length and athleticism. At a combine last spring, Murphy ran a 4.65 40-yard dash, clocked a 4.28-second shuttle time and recorded a 34-inch vertical jump. He is a complete defensive end that is skilled at both rushing the passer and stopping the run. He is excellent at creating pressure on the quarterback with his explosive get-off, combination of quickness and power, and high motor. He is also sound in the run game, sets the edge well and plays with great fundamentals, technique and instincts. Murphy is tough, physical, has great work ethic and likes to get after it on the field. He has all the physical and mental traits to be a major impact player for the Tigers and has the potential to develop into a future high-round NFL Draft pick.

How he fits in: Murphy enrolled early in January and thus can participate in spring practice. Although Clemson is returning all of its defensive ends from the 2019 season, look for Murphy to contribute right away for the Tigers in some capacity next season. He is capable of playing both the strong- and weak-side defensive end spots. He figures to avoid a redshirt and get some valuable experience as a true freshman while preparing to take on a bigger role come 2021. Off the field, Murphy is a smart, mature, high-character individual who plans to major in engineering and has expressed aspirations of becoming an architect once his football career is over down the road. Murphy is a perfect fit for Clemson’s defensive scheme, as well as the program’s culture.

Clemson defensive ends coach Lemanski Hall — “Really excited about Myles. Great kid, great person, comes from a great family. Naturally Myles has played the position before, so he’s a true defensive end that can play both right and left. Tremendous explosiveness. Technique is great. So, he’s coming from a program that develops those guys, and I’m extremely excited about Myles.”

When the Jacksonville Jaguars begin rookie minicamp, the first overall pick in the 2021 NFL Draft will be present. The Clemson Insider has heard from a couple of sources that former Clemson quarterback Trevor (…)