Tigers make a move with nation’s top running back

Tigers make a move with nation’s top running back

Clemson made a move with the nation’s top-ranked running back (per Rivals) on Tuesday, pulling the trigger on an offer to Madison (Miss.) Germantown four-star Branson Robinson.

More on Robinson: Clemson is planning to take one running back in the 2022 class, and new running backs coach C.J. Spiller now has a new target after extending the offer to Robinson. 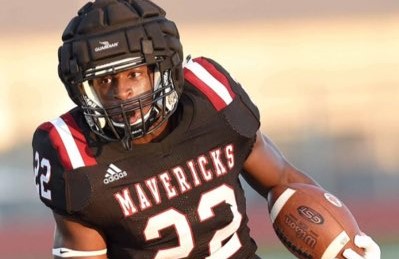 Robinson’s recruitment took off last fall when he received his first offer from Michigan in September and then subsequently added offers from Alabama, Auburn, Georgia and LSU among others.

Not only is Robinson fast, but he is also one strong dude, to say the least. He is a beast in the weight room, as you can see below:

Harder than it looks😂

Georgia, which plans to take two running backs in this cycle, has been considered the team to beat for Robinson. The Bulldogs picked up a commitment from Murfreesboro (Tenn.) Oakland High School four-star running back Jordan James on Monday and are now zeroed in on Robinson as their other target.

Robinson intends to take some visits this summer assuming the NCAA dead period is lifted and on-campus recruiting opens back up in June. UGA is expected to draw a visit from Robinson at the beginning of June, while Clemson looks to be in line to get him on campus the weekend of June 12-13, when the program will hold its “Elite Retreat” gathering for some of its priority targets.

Robinson is getting ready to release his top five schools soon. Expect Clemson to be on Robinson’s short list after entering the mix with Tuesday’s offer. Georgia and Alabama look like locks to make the cut as well.

Here is what Robinson had to say about Clemson in an interview with TCI last month:

“That is a great feeling to be even mentioning a great prestigious place like Clemson. My interest level in Clemson is as high as it can possibly be, and I would love to visit there too.”

“The culture is amazing,” he added, “and I love the way they develop their offense’s players, get them into the NFL.”