A standout wideout from the Lone Star State will be on campus at Clemson next month.

James is a top-150 national prospect (No. 131 overall) in the 2023 class according to the 247Sports Composite rankings, which consider him the No. 17 wide receiver in the country for his class.

A three-sport athlete who also runs track and plays basketball, James is committed to play in the 2023 Under Armour All-America Game. As a sophomore last season, he recorded 42 receptions for 442 yards and seven touchdowns en route to 26-6A second-team all-district honors.

James and his family recently had a Zoom call with Clemson receivers coach Tyler Grisham. 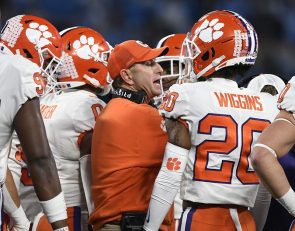