The Clemson football program picked up a Thanksgiving Day commitment from a standout prospect in the 2022 class.

Although he’s listed as a safety by some recruiting services, Woodaz is the prototypical Clemson linebacker. According to Woodaz, Clemson views him in a similar spot to where Baylon Spector currently plays in Brent Venables’ defense.

Woodaz was on campus recently for an unofficial visit. He took in Clemson’s 44-7 win over UConn at Memorial Stadium on Nov. 13, and less than two hours later, reported a new offer from the Tigers.

“Dabo pulled me and my family into his office and let me know that he wanted to offer me,” Woodaz told TCI after receiving the offer. “Me and my family were ecstatic.”

Woodaz becomes the 14th verbal commit in Clemson’s 2022 recruiting class, which ranks 11th nationally as of Thanksgiving Day, according to the 247Sports Composite team rankings.

We expect Woodaz to make his official visit to Clemson sometime next month. 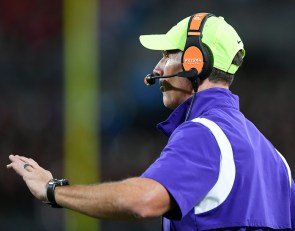 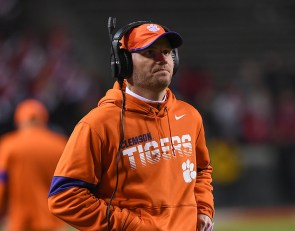