The preseason USA TODAY Sports AFCA coaches poll, which was released on Monday, features a group of five ACC teams ranked among the top 25.

The ACC’s five ranked teams are second-most among all conferences, behind only the SEC (six).

Here’s what they had to say:

Coughlin: “I think in the ACC, there’s a gap between these five teams and the rest, so I say the same amount of teams. I like these five teams a lot. They bring a lot to the table. When you talk about the ACC, you’ve got to start with the quarterbacks — every one of these teams has a really good one. Clemson, what are they going to do to rebound from last year? Wake Forest goes to the title game, and Pitt’s a team — I know they lost (Kenny) Pickett, but they bring back everybody else. I really like Pitt this year to stay ranked as a team. And NC State brings back as much as anybody in the conference. So, those teams are very, very sustainable to me.”

Galloway: “When you say Pitt brings back everybody, they’re missing a key receiver (Jordan Addison), also Pickett missing. I don’t know I feel great about Pitt. I am surprised, though, that the ACC has more ranked teams than the Big Ten. I don’t think that will be the same in the end. So, I will take the ACC will drop one team out. Not sure who it’s going to be. I think that the ACC, as you look at the conferences across the country, they seem to have more parity, they seem to have more teams that have the ability to get hot and have a great season. I think it was great last season to see what Wake Forest did. Until we look at the ACC, I’m expecting one of these teams to drop out of the rankings, and there’ll be one less by the time the end of the season rolls around.” 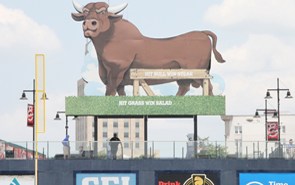