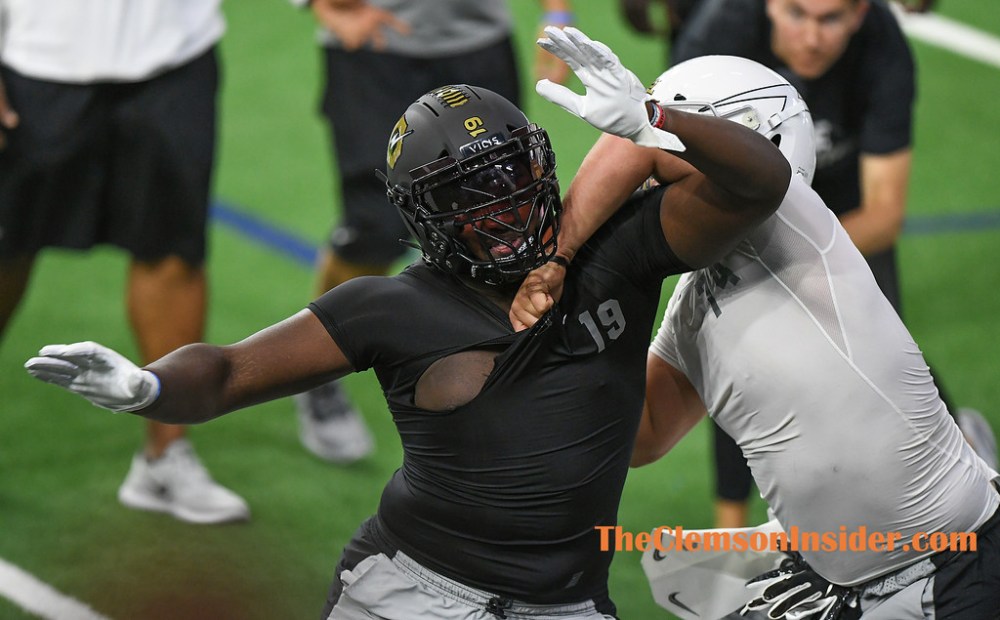 High school stats/accolades: Played three years at Hartsville High School in South Carolina before going to IMG Academy for the 2019 season … played in the Under Armour All-America Game on January 2, 2020 in Orlando, Fla. … listed as the second-best player from South Carolina by the Charlotte Observer … named first-team postseason All-American by Sports Illustrated … as a senior in 2019, started all 10 games for IMG Academy and had 44 total tackles, including 35 first hits … led the team with 16 tackles for loss and tied for the team lead in sacks with 5.5 … helped IMG to a 9-1 record and No. 9 national ranking from USA Today … had nine tackles, including four tackles for loss, against Venice in his first game at IMG … had seven tackles, including four tackles for loss and two sacks against Life Christian later in the season … had at least one tackle for loss in eight of the 10 games … as a junior at Hartsville, he helped Jeff Calabrese’s team to a 12-1 record, posting 40 tackles, 19 of which were tackles for loss, and seven sacks … also played 22 basketball games over two years for Hartsville

Strengths: Capehart is freakishly athletic for a 300-plus-pounder. Not only is he big and strong, but he is also quick and explosive off the ball with excellent speed for his size; he ran a 4.84-second 40-yard dash at a combine last year. Capehart has a fast first step and plays with strong hands. He can beat opposing offensive linemen with his power and push, or he can use his quickness and array of pass-rush moves to get past a blocker. When Capehart gets into the backfield, he is very disruptive against the pass and the run and blows up plays. He is also a physical player that makes his presence felt with vicious, thumping hits. He has plus agility and lateral movement, while he consistently displays high effort and a great motor. He doesn’t give up on plays and can chase ballcarriers down from the backside. Overall, Capehart is a special talent with his uncommon combination of outstanding size, length and athleticism.

How he fits in: Capehart is one of three interior D-linemen that Clemson signed in its 2020 class, along with five-star Bryan Bresee and four-star Tre Williams. With the exception of Xavier Kelly (transfer portal), the Tigers are currently expected to return all of their defensive tackles from the 2019 season, so there looks to be a lot of depth at the position. However, Capehart is talented enough to avoid a redshirt in 2020 and see some action as a true freshman while preparing for a bigger role in 2021. Because of his tools and athleticism, Capehart has the ability to potentially play on the edge as well in a 3-4 scheme. Being an early enrollee should help expedite his development, and he was already able to practice with Clemson for a couple days during bowl prep. Regardless of what happens this coming season, Capehart has a high ceiling and figures to make a significant impact for the Tigers in the future.

Coach speak: Clemson defensive tackles coach Todd Bates on Capehart – “He’s looked really good as well, working with him those two days. Really powerful, weighs about 310, still athletic at 310. You shouldn’t be able to move that way at 310 the way he can. Just looking forward to getting to polish him and work with him as well.”