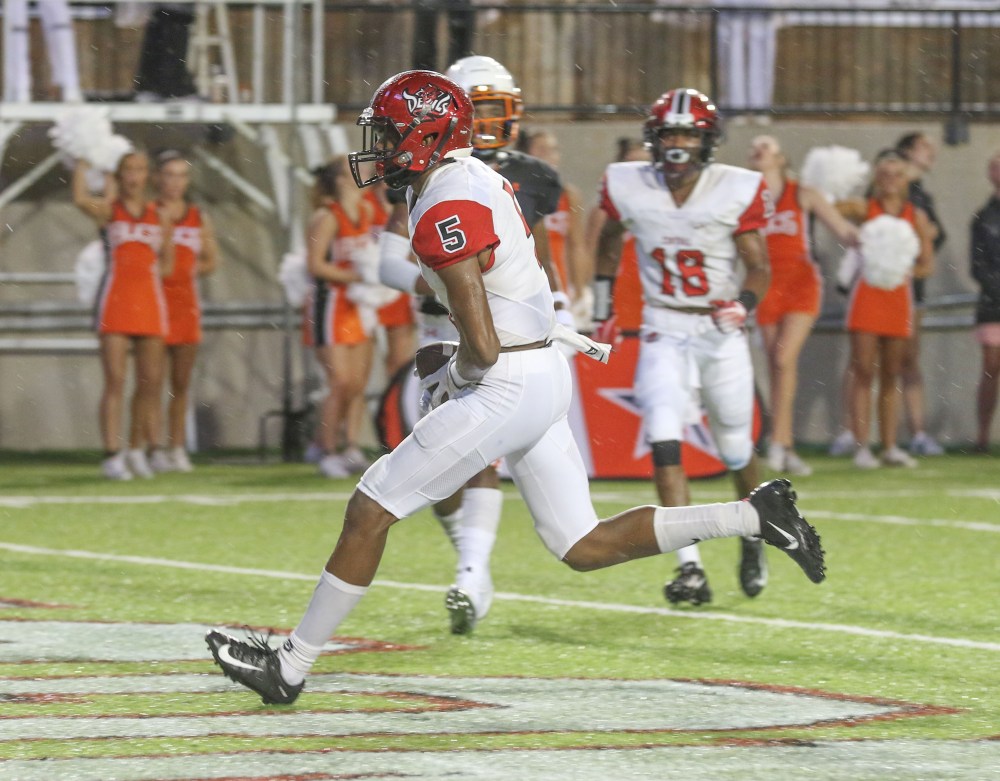 High school stats/accolades: Played in the Under Armour All-America Game in Orlando, Florida, on January 2, 2020 … MVP for the Alabama team in the Alabama-Mississippi All-Star game on Dec. 14, posting six catches for 98 receiving yards in the game … had 44 receptions for 739 yards and 11 touchdowns as a senior … helped team to a 12-2 overall record, including 6-0 in the region … first-team all-region, All-OA News, All-Bi-City as a junior and senior … had 40 receptions for 668 yards and eight touchdowns as a junior … over his last two years, recorded 84 catches for 1,407 yards and 19 touchdowns … averaged 16.8 yards per catch and a touchdown every 4.4 receptions in that span

Strengths: Williams is a big-time weapon in the passing game with his blend of size, speed, length and athleticism at the receiver position. The 6-foot-3, 190-pounder was one of the top testers among receivers at The Opening Finals – one of the biggest high school combines – last summer when he ran a 4.66 40-yard dash, clocked a 4.28 shuttle time and notched nearly a 37-inch vertical leap. Williams can be a possession-type receiver with his solid hands and quick-cut ability on routes, but he is also a downfield threat with his explosiveness and long strides. When the ball is in the air, Williams has shown that he can consistently win 50-50 balls and make contested catches with the help of his long arms and leaping ability. Williams has red-zone threat written all over him as well.

How he fits in: Williams will fit right in at “Wide Receiver U” as another big, long and athletic playmaker. He was one of two receivers the Tigers signed in their 2020 class, along with Ajou Ajou. While Ajou will enroll in June, Williams was a midyear enrollee and thus was able to participate in a couple of Clemson’s on-campus bowl practices in January. Getting in Clemson’s strength and conditioning program should help Williams add more muscle and bulk to his lean frame. The Tigers have told Williams that they envisioned him sliding in at the 9-man (boundary) position (where Tee Higgins played), though he has the versatility to play different receiver positions like he did at Central High. With Higgins moving on to the NFL, there is an opportunity for Williams to crack the receiver rotation as a true freshman and contribute right away. Williams has all of the tools and potential to be an impact receiver for the Tigers down the road.

Coach speak: Clemson wide receivers coach Tyler Grisham on Williams — “When he came in as a midyear – and again, they’re running around in shorts, T-shirts and helmets – he showed me that man, he’s got really good speed, better than I probably would have thought, and then his explosiveness and change of direction is really, really good for a 6-3 player. So, I’m really excited about him joining the receiving corps and I think he has potential to really contribute this year.”

The latest Associated Press Top 25 Poll was released on Sunday. Clemson remained the No. 1 team in the country following its 47-21 victory over Syracuse on Saturday. The Tigers (6-0, 5-0 ACC) have 52 (…)

Following its 47-21 victory over Syracuse on Saturday, Clemson remained the No. 1 team in the country in the latest Amway Coaches Top 25 Poll, which was released on Sunday. The Tigers (6-0, 5-0 ACC) still (…)

Though his team played well for much of the day Saturday, Syracuse head coach Dino Babers knew his team needed to play near flawless to beat top-ranked Clemson. Of course that did not happen, as the Tigers (…)