How do you rank the 25 most important players on a squad’s roster?

It is not easy. However, I rank them based on their past performance, experience and who is behind them on the depth chart, as well as their level of talent.

Here is my ranking of the 25 most important players on Clemson’s 2020 football roster. Here is No. 17 on the list.

Bio: For a second straight year, Pinckney missed spring practice as he recovered from a bad ankle sprain which prevented him from playing in the national championship game in January. He suffered the sprain early in the first quarter against Ohio State in the Fiesta Bowl. He is expected to be ready to go for fall practice. The graduate student decided to return to Clemson instead of going pro. Pinckney earned third-team All-ACC honors after he totaled 27 tackles in 2019. He had four tackles for loss, a sack and a fumble recovery. He played in 14 games and started 13 for the Tigers. He has played in 43 games during his career and has tallied 71 tackles.

Why No. 17: Pinckney is to this year’s defense what Carlos Watkins was in 2016. Quietly, he is the team leader on defense, as he is the lone senior at defensive tackle which is loaded with NFL first-round potential. His experience as a starter cannot be overlooked. He understands the system and is now going into his fourth year with Todd Bates coaching him at defensive tackle. Pinckney’s experience is invaluable, as it allows Bates to work in young players, like freshman Bryan Bresee, a little slower.

They said it: “We were running those guys out there this time last year and we were kind of hoping that we could develop them and put a good group together because it was more just talent. Now, it’s not just talent – we’ve got the combination of talent and knowledge and work ethic and more commitment and a little better chemistry and again, knowledge and understanding. They’ve all been exposed a little bit last year as far as what they have to do to be great players.” –Clemson head coach Dabo Swinney 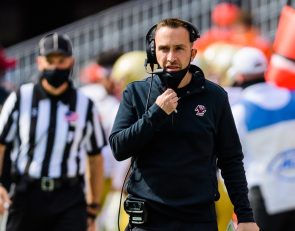 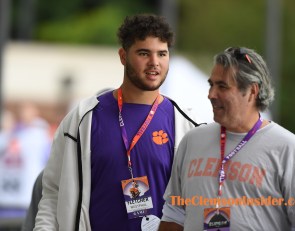