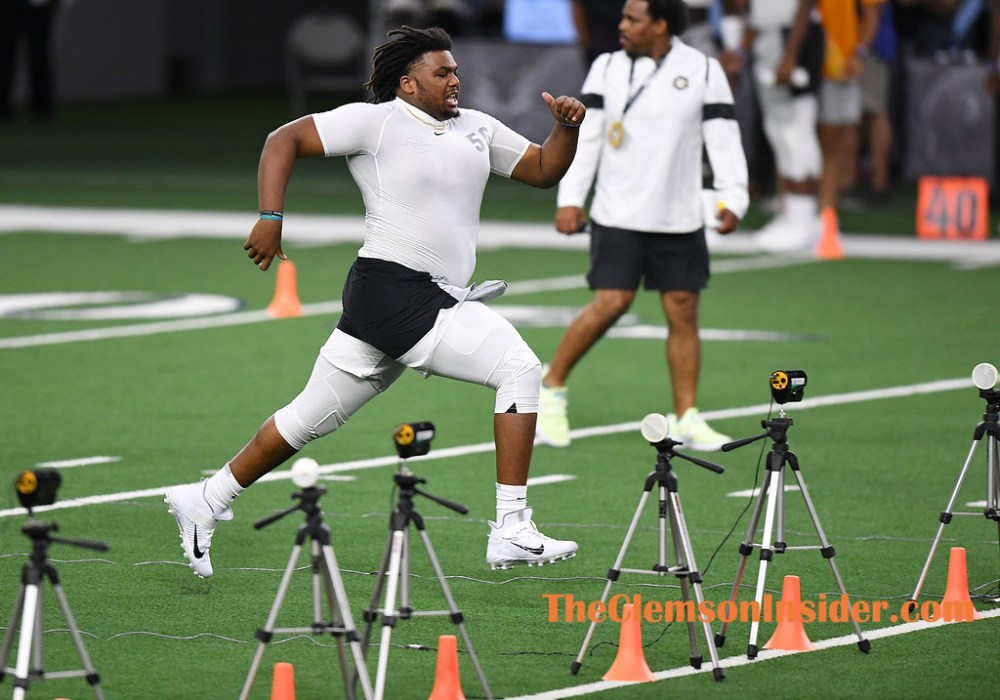 High school stats/accolades: Played in the Under Armour All-America Game on January 2, 2020 … participated in The Opening Finals in Frisco, Texas in the summer of 2019 … ranked as the fourth-best player in North Carolina by the Charlotte Observer … four-year starter as a lineman … all-conference selection as a sophomore, junior and senior … selected to the North Carolina/South Carolina Shrine Bowl on Dec. 21 … two-time captain of his Leesville Road team … helped Leesville Road to the state championship game in 2019

Strengths: Mayes is a 300-plus-pounder that is athletic and moves very well for his size. He is tough, physical and plays with the type of nasty attitude you like to see in an offensive lineman. He is powerful off the ball with great push that helps him consistently drive defensive linemen backwards. Mayes’ strength is his run-blocking ability, but his quickness and agility give him the tools to be dependable in pass protection as well. Mayes plays with advanced technique for his age and was a dominant force at the prep level, starting his career at 4A Sanderson High School in Raleigh before transferring to 4A Leesville Road (Raleigh) for his senior season.

How he fits in: Mayes played tackle in high school but looks to fit best on the interior O-line at the next level considering his size and proficiency as a run blocker. One of three offensive linemen in Clemson’s 2020 class that enrolled early, Mitchell has a chance to contribute as a true freshman in 2020 after the Tigers lost four starters from their 2019 O-line. Mayes will benefit from Clemson’s strength and conditioning program and has the potential to develop into an impact starter for the Tigers in the future. He was able to practice for a couple of days with the other midyear enrollees during bowl prep for the national championship game in January.

Coach speak: Clemson offensive line coach Robbie Caldwell on Mayes: “Mitchell is just a big guy that can run, very quick, very agile. I’ve just enjoyed having him in practice. It’s been phenomenal. I can’t wait till (strength and conditioning) coach (Joey) Batson gets ahold of him in the weight room and really takes off.”