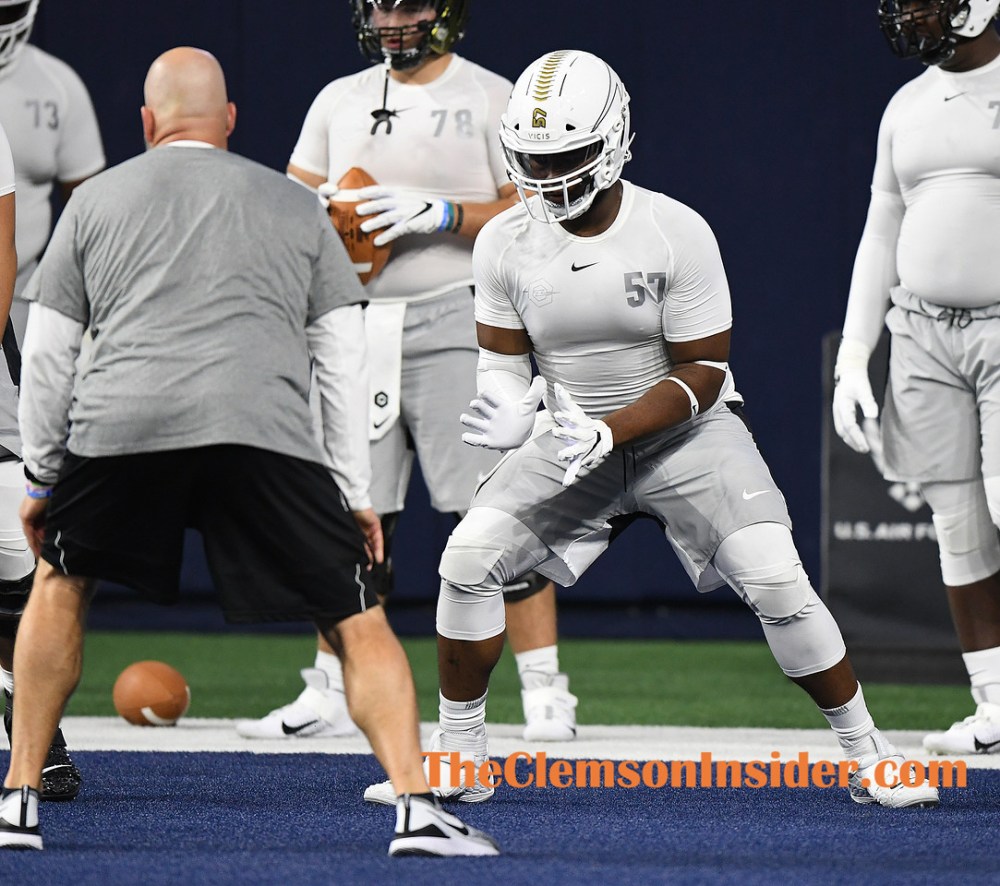 High school stats/accolades: Played in the All-American Bowl on January 4, 2020 in San Antonio, Texas … participated in The Opening Finals in Frisco, Texas in the summer of 2019 … named to the Atlanta Journal-Constitution 2019 Preseason Super 11 team … played offensive line and defensive line as a senior … scored a touchdown and a two-point conversion last year … earned an Athlete of the Week selection by WSB-TV in Atlanta … finished with 113 pancake blocks as a junior when he helped Milton to a 13-2 record and the state championship for the first time in school history … as a junior, was a first-team all-state and all-region selection … North Georgia Lineman of the Year … Adidas All-American selection

Strengths: Tchio is a long, strong and athletic lineman with a versatile skillset. He is big and stout but moves very well for his size. In addition to playing on the offensive and defensive lines, Tchio even played some wildcat quarterback for his high school despite weighing 300-plus pounds. He has shown the ability to overpower defenders in the run game and get to the second level, while he also possesses the quickness to block in the open field and the agility to be an asset in pass protection as well. He has all of the tools to eventually develop into an impact player and potential anchor on Clemson’s O-line.

How he fits in: Tchio could play tackle and/or guard for the Tigers in the future. He has trimmed down considerably, dropping from 340 pounds to 270 in order to lose bad weight and then rebuild his body back up with good weight. Tchio was able to get in Clemson’s weight room after he enrolled in early January and has plenty of time to recomposition his body before the 2020 season rolls around. The Tigers are looking to replace four starters from their 2019 O-line unit, so there will be an opportunity for Tchio to compete during spring practice and fall camp for early playing time next season.

Coach speak: Clemson offensive line coach Robbie Caldwell on Tchio — “Long, length … I think he’ll be able to play either tackle, and he puts his weight back on, he’s powerful enough (to play guard) … he’s been playing guard and been playing defense (in high school).”