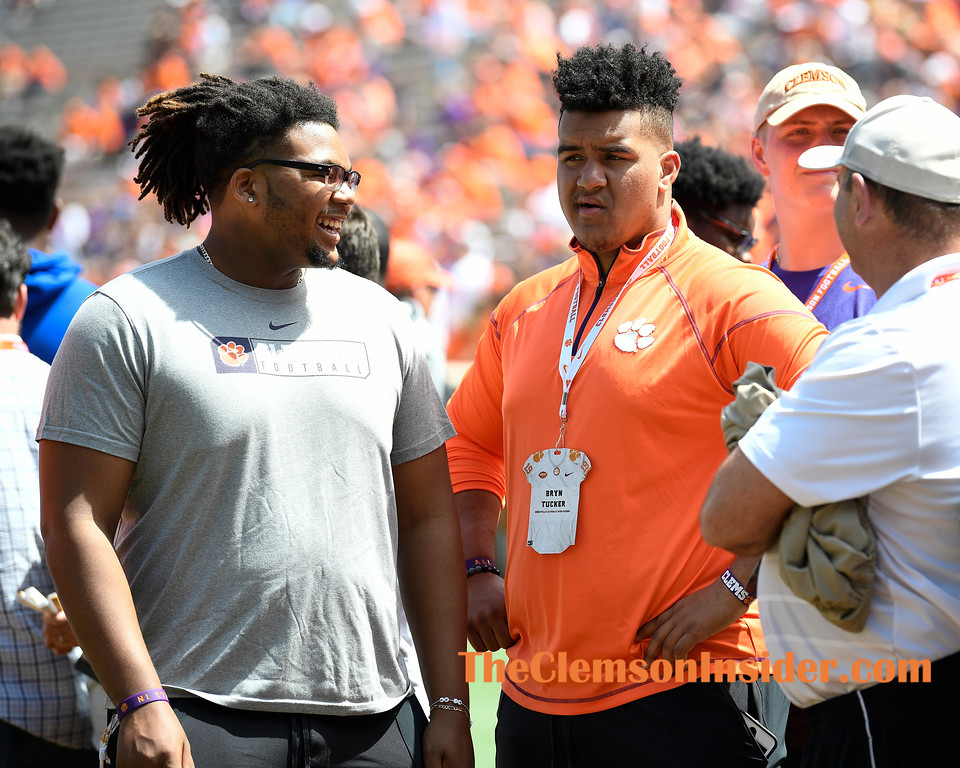 High school stats/accolades: Played in the Under Armour All-America Game in Orlando, Florida on January 2, 2020 … graded out at 85 percent from his offensive tackle position in 2019 … three-time all-state selection … 5A Region Offensive Lineman of the Year … four-time All-Region selection … played on state championship team in 2017

Strengths: When watching Tucker play, not only does his big body and sturdy frame jump out, but so does his athleticism and ability to move in space. Tucker is quick off the ball, physical and consistently overpowered defenders in high school. He is a strong blocker on inside runs, while he is also adept at kicking out on outside runs and being the lead blocker on screen plays. His agility helps him get to the second level in a hurry as well. Aside from his physical attributes, Tucker has the right type of attitude and mentality for an offensive lineman. He is aggressive and enjoys putting opposing players on their backs. Tucker should have no problem adding more strength and muscle to his frame now that he is in Clemson’s weight room after enrolling early in January. Tucker has a lot of tools for the Tigers to work with, and his ceiling is high.

How he fits in: Tucker is one of six offensive linemen in Clemson’s freshmen class and one of three midyear enrollees among the group (Mitchell Mayes, Paul Tchio). With the Tigers losing four starters from their 2019 O-line unit, Tucker, Mayes and Tchio will enter into a lot of competition in the spring. Tucker played a lot of tackle in high school but has a skillset best suited for the interior O-line, and he will likely start out at guard where Clemson lost starters John Simpson and Gage Cervenka. However, Tucker possesses the quickness and athleticism to slide outside if the Tigers need or want him to. Expect him to eventually develop into a difference-maker for Robbie Caldwell’s group in the future, especially in the run game.

Coach speak: Clemson offensive line coach Robbie Caldwell on Tucker — “He’s a big guy that’s going to give us tremendous help inside, and I’m not so sure if we needed him, he could probably go over to the tackle position.”